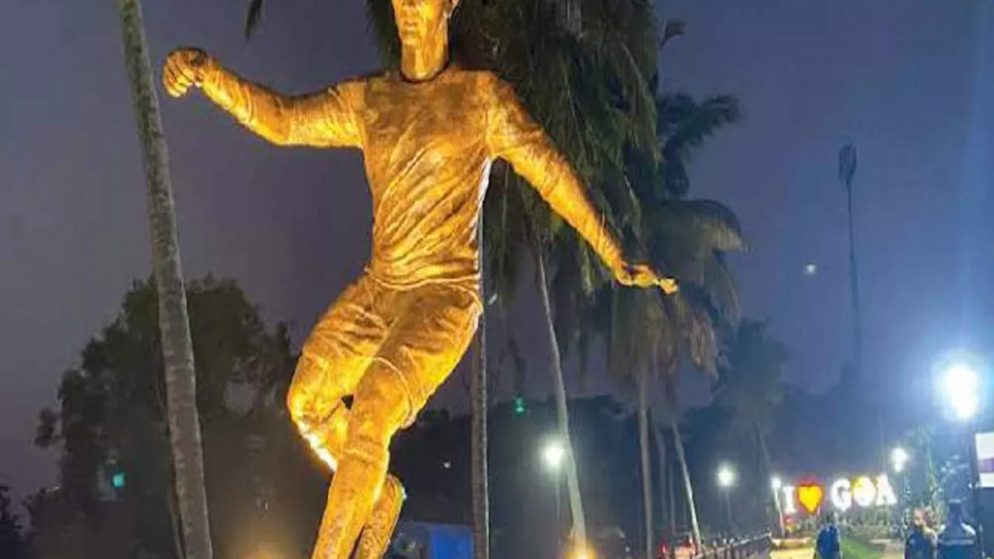 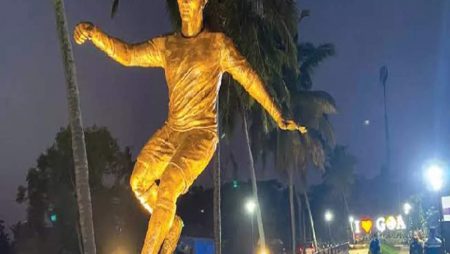 Cristiano Ronaldo’s statue has been installed in Panaji. Goa, to inspire youth and take football to the next level in the state and country.

Cristiano Ronaldo’s statue has been installed in Panaji. Goa, to inspire youth and take football to the next level in the state and country. The statue weighs approximately 410 kgs. And its purpose is to inspire the younger generation to participate in sports and pursue their dreams.

“This is the first time a statue of Cristiano Ronaldo has appeared in India. This is purely for the purpose of inspiring our youth. If you want to take football to the next level, young boys and girls will look forward to taking selfies. The job of the government, municipality, and panchayat is to provide good infrastructure. Good football fields, and good futsal fields. We need a good infrastructure so that our boys and girls can play there “Michael Lobo, the minister of Goa, told ANI.

“The statue’s sole purpose is to inspire. We expect the government to provide adequate infrastructure. We require coaches to train our boys and girls. Only in this manner will we be able to advance in the field of sports. Because we are such a large country, we lag far behind many other countries in terms of football “He continued.

“Some people have spoken out against the statue’s placement, and I believe they are die-hard football fans. They do not regard football as a religion. Nonetheless, these people are protesting with black flags. I don’t know what to say about them and just want to bow down to them “stated the minister