Coach Rahul Dravid’s Impact On Team India So Far “Huge Boost For Us.” 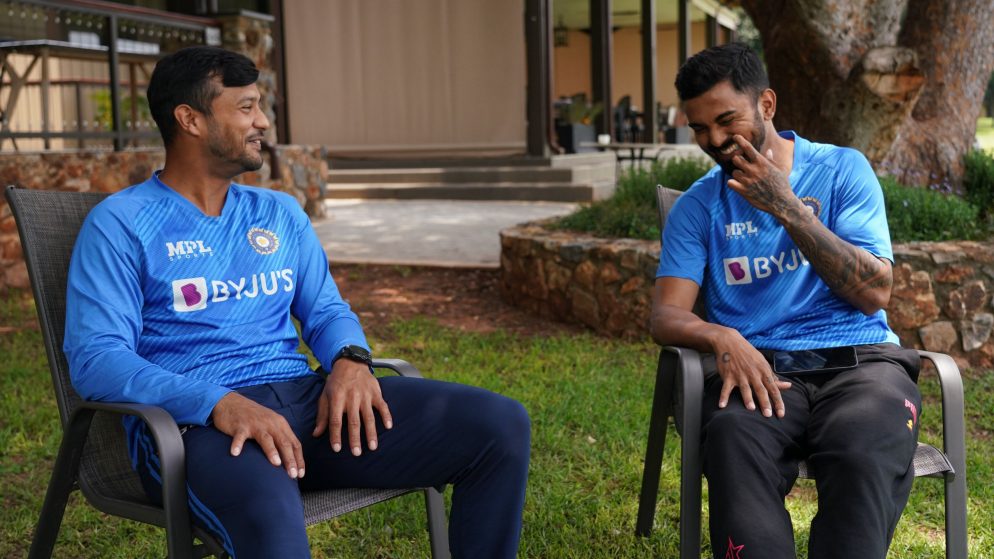 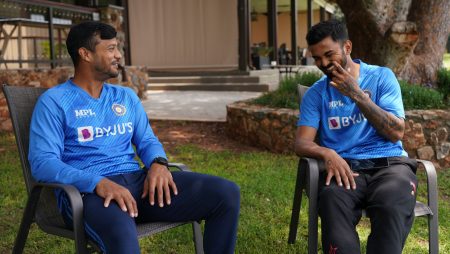 Coach Rahul Dravid’s Impact On Team India So Far “Huge Boost For Us.”

KL Rahul, India’s vice-captain for the Test series, and opening batsman Mayank Agarwal. Both spoke about their experiences working with Rahul Dravid. Rahul and Mayank, who have had a deep friendship on and off the field since their early playing days, discussed Dravid’s brief tenure as team manager and the type of structure and mindset he hopes to instill in the squad.

Both players praised Dravid’s efforts in a video uploaded on BCCI.tv, calling it “useful” and a “boost” to have the experienced former captain among them for such a critical visit.

Rahul said on how Dravid’s previous experience as a player was beneficial to them.

“This time, having Rahul Dravid with us is quite beneficial. He’s played a lot of cricket and scored a lot of runs here. He has a lot of experiences to give in the 3 or 4 days of training that we have received. Also he is really helping us prepare the best we can. That’s a significant lift for us.” KL remarked.

Mayank was also brought into the conversation. Also Rahul mentioned how Dravid has been a part of his cricketing circles from his India ‘A’ days. On how that has shaped him into the player he is now.

Also Read: The concept of a conflict of interest is nonsense, therefore it should be dismissed: Ravi Shastri

“I think you’ve got a wonderful experience with him. [Mayank Agarwal] playing in the India As, and you’ve played a lot of cricket under him.” Rahul continued.

Mayank shared his thoughts on how Dravid instills confidence in his players.

According to the opener, Dravid assists a player in focusing on his own game, weaknesses, and particularly his mental space, allowing the player to determine where he is in respect to his game.

Dravid emphasizes “excellent, solid preparation” prior of major matches and tours, according to Mayank.

“He is a man who flourishes and sets a high value on rigorous preparation, according to those who know him. We’ve had some fantastic practice sessions in South Africa and are looking forward to the Test match “Mayank went on to say something more.

Rahul and Mayank are both members of Team India’s team that will face South Africa in a three-match Test series starting on December 26 in Centurion.