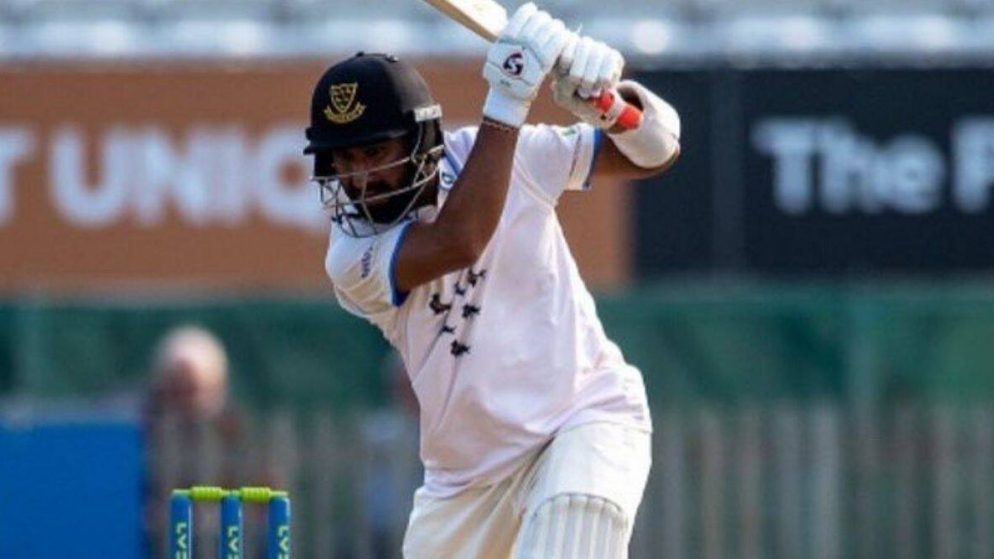 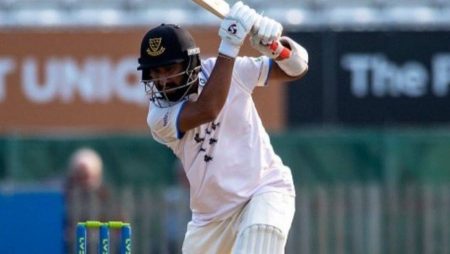 Cheteshwar Pujara Joins Indian Legends on Lord’s Double-Century List. Pujara scored a double-century for Sussex against Middlesex at Lord’s, emulating one of the most celebrated Indian batsmen of all time.

Cheteshwar Pujara scored a double-century for Sussex against Middlesex at Lord’s on Wednesday, emulating one of the most celebrated Indian batsmen of all time. The last Sussex batsman to score a double century at Lord’s was Pujara’s countryman, Colonel H. H. Shri Sir Ranjitsinhji Vibhaji II. KS Ranjitsinji, or ‘Ranji,’ as he affectionately known. Scored his double century against the MCC 125 years ago.

An innings that began on Tuesday during London’s hottest day on record saw the 34-year-old Pujara occupy the crease for nearly nine hours before he was last man out, having guided the visitors to 523 – a total that surpassed Sussex’s previous best at Lord’s of 522 in 2005.

Moreover, Ranji, who ruled the Indian princely state of Nawanagar from 1907 to 1933. Regard as one of cricket’s most stylish batsmen and is widely credit with inventing the leg-glance.

Ranji educated at Cambridge University and played 15 Tests for England from 1896 to 1902. India did not become a Test nation until 1932, just a year before Ranji died at the age of 60.