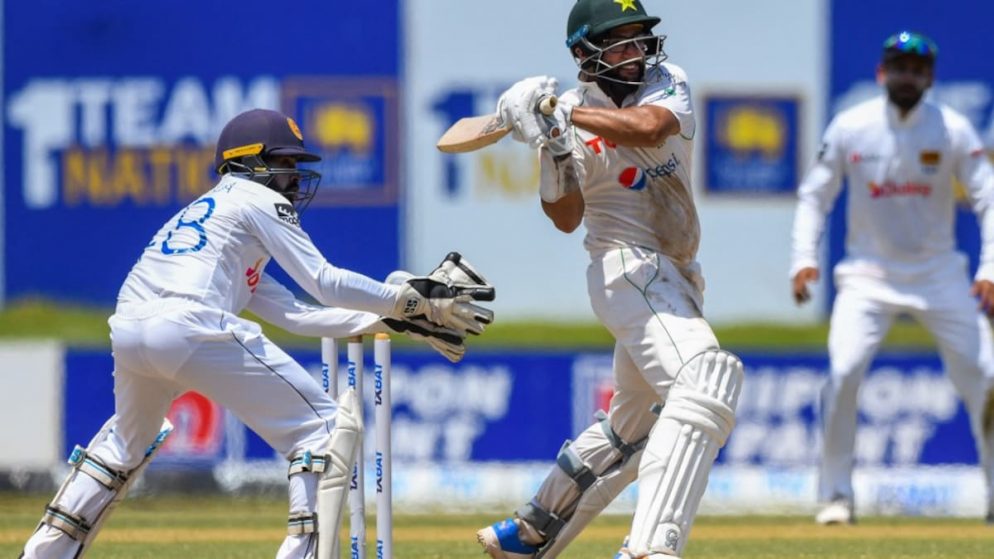 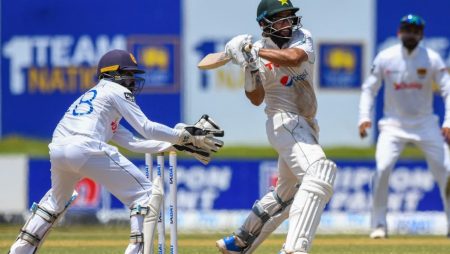 Niroshan Dickwella’s smart wicketkeeping skills in Sri Lanka’s first Test match. Against Pakistan at the Galle International Stadium reminded cricket fans of retired India skipper MS Dhoni. Dickwella demonstrated exceptional game awareness on Tuesday to assist his team in eliminating Imam-ul-Haq in the fourth innings of the match. Pakistan, chasing a 342-run target, got off to a strong start with an 87-run partnership between Imam and Abdullah Shafique before Dickwella’s brilliance behind the stumps provided his side with the first breakthrough of the innings.

Ramesh Mendis bowled an off-spin delivery on a good length to left-handed batter Imam on the fourth day of the match. The batter was unable to touch the ball because it had turned away from him. Dickwella collected the ball behind the stumps and waited for Imam to lift his back foot before clipping the bails and stumping him.

Also Visit: The CSA has appointed Graeme Smith as commissioner for their T20 league in collaboration with IPL stakeholders.

The stumping brought back memories of Dhoni stumping Sabbir Rahman in a similar manner during India’s T20 World Cup match against Bangladesh in 2016.

In the ongoing Sri Lanka vs. Pakistan Test in Galle, the visitors had reached 222 for 3 when the umpires called for Stumps on Day 4. Babar Azam lost his wicket after scoring 55 runs, but Abdullah Shafique’s unbeaten century kept Pakistan in the game. At the end of the day’s play on Tuesday, the team needed 120 more points to win.