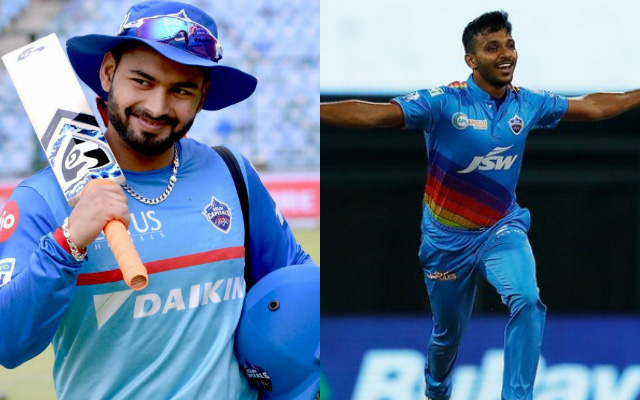 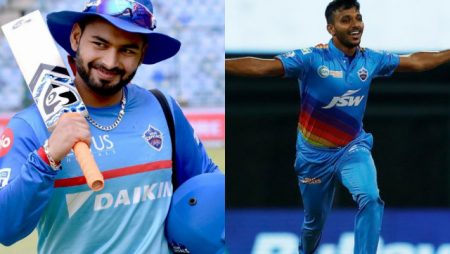 Chetan Sakariya, Tells NDTV what makes Rishabh Pant a special captain. In an interview with NDTV, Delhi Capitals seamer Chetan Sakariya discussed how skipper Rishabh Pant likes to put all of the pressure on himself to get the team out of trouble.

Chetan Sakariya, a left-arm seamer, did not play the first few matches for Delhi Capitals in the ongoing Indian Premier League (IPL) 2022, but in his first match this season against Kolkata Knight Riders, he made an immediate impact by rattling Aaron Finch’s stumps. The youngster has added a new dimension to the Delhi Capitals’ potent bowling attack. In an interview with NDTV, Sakariya discussed what he has learned this season, the best qualities of skipper Rishabh Pant, and how Ricky Ponting keeps the players motivated.

“I’ve been here for quite some time. Ricky Ponting’s way of thinking has always impressed me. Whenever a difficult situation arises, Ponting tries to motivate the players and also tries to lighten the mood by cracking a joke. He also speaks to the players and asks them to be prepared for the game. He pays attention to each and every player, and I have been impressed by this quality of his “Sakariya stated to NDTV.

Sakariya responded to a question about Pant by saying: “Rishabh Bhaiya is very calm, and he bears all of the pressure and responsibility. He is always assigned the task of escorting the team out of high-stress situations. He gives credit to the other players when they do well, but when a difficult situation arises, he is the first to raise his hand to get the team out of trouble.”

Sakariya also elaborated on why he celebrated in a unique way – the iconic Dragon Ball Z style – after dismissing Aaron Finch in the game against KKR. He also mentioned how his father always wanted him to rattle a good international batter’s stumps.

“Because I was on the bench for so long this season, my celebration style was crucial. I was always eager to perform well for the team. I was unable to sleep the night before the game, so I was overthinking a little. Then I considered how I could fulfill my father’s dream of shaking the stumps of a good international player. I knew how I was going to celebrate if I ended up bowing out the batter. I celebrated in the style of a Dragon Ball Z cartoon character, and by placing two fingers on your forehead, you can teleport, which was my way of paying homage to my father “Sakariya stated.

Also Visit: Virender Sehwag: MI Should Include Jaydev Unadkat in their starting XI.

“The experience has been positive. We’ve gotten ourselves out of some sticky situations. We were able to win some important contests, and it was a positive experience. It’s been a good learning curve for me as a player “He went on to say

Sakariya was not in the Delhi Capitals playing XI for the first seven games, and he only got his chance against KKR in the eighth. The left-arm seamer admitted that sitting on the bench is difficult because one’s confidence suffers.

“It is the responsibility of coaches to keep their players motivated. It’s part of the job to play both good and bad games. Sitting on the sidelines is difficult because your confidence suffers. But you must maintain your faith. Because you are not on the field, your match fitness may suffer. It is difficult to manage when you are not a member of the starting XI “opined the 24-year-old

“Ajit Agarkar (assistant coach) and I recently discussed which balls to bowl to different batters. What are their weak points, and what are my strong points? We are currently working on this. Initially, we concentrated on technical details. I used to ask him about his own experiences “He conclude.

Also Read: Sunil Gavaskar on the CSK chances of qualifying for the IPL 2022.