Chahal drops the ball but quickly recovers to eliminate Karthik. 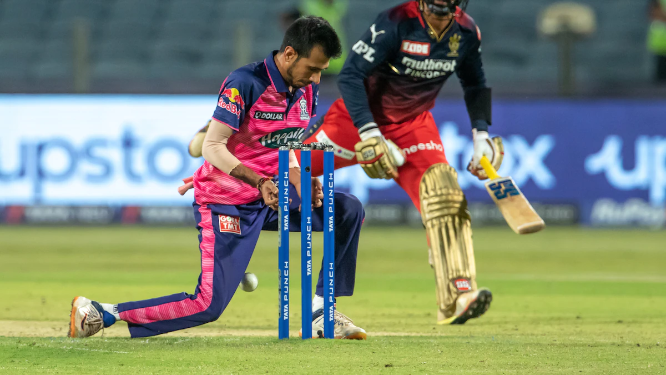 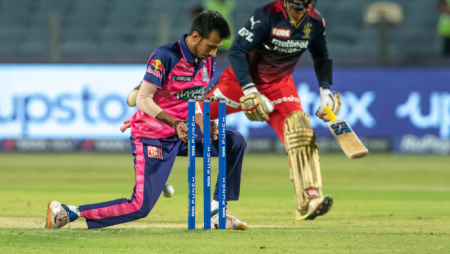 Chahal drops the ball but quickly recovers to eliminate Karthik. Yuzvendra Chahal of the Rajasthan Royals failed to catch the ball on the first attempt, but recovered well to run out Dinesh Karthik.

Yuzvendra Chahal of the Rajasthan Royals had his heart in his mouth as he juggled the ball and even dropped it in a desperate attempt to inflict a run-out on Dinesh Karthik (6 runs off 4 balls). The bowler recovered well, however, and dismantled the bails just in time to run Karthik out in Match 39 of the ongoing Indian Premier League (IPL) 2022 at the Maharashtra Cricket Association Stadium in Pune. Karthik’s dismissal proved to be a crushing blow for the Royal Challengers Bangalore (RCB), who eventually lost to RR by 29 runs.

Here’s a look at the funny video of Karthik’s run-out:

Karthik’s wicket broke RCB’s spirit in their 145-run chase against RR. As the chasing side was bowl out for 115 in 19.3 overs.

This was RR’s sixth win in eight games, and it propelled them to the top of the IPL 2022 points table.

RCB, on the other hand, is fifth with 10 points from 9 games.

RCB, on the other hand, is fifth with 10 points from 9 games.

Also Read: During Match 39, RCB vs RR:  Riyan Parag and Harshal Patel got into a heated argument.