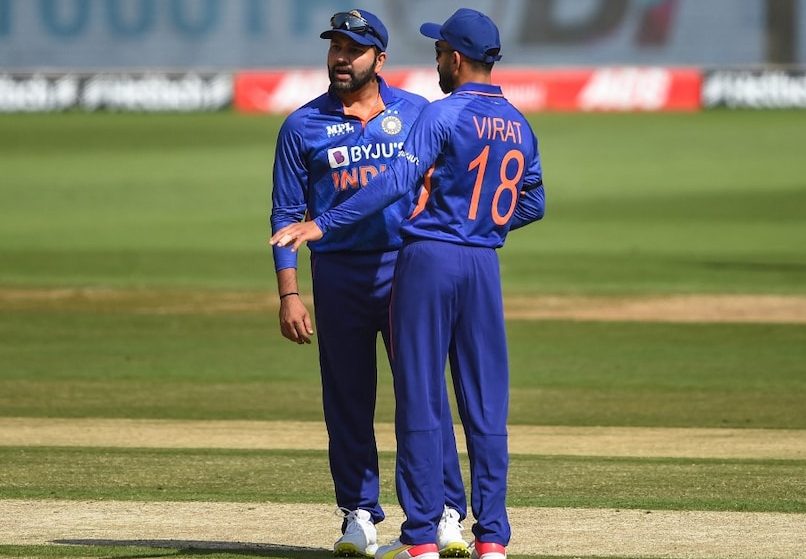 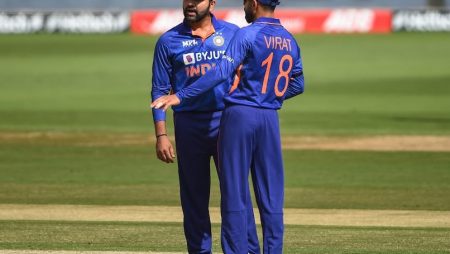 The incident occurred in the 22nd over of West Indies’ innings, when Shamarh Brooks appeared to have nicked a Yuzvendra Chahal delivery to India wicket-keeper Rishabh Pant. The umpire, on the other hand, did not raise his finger, and even the Team India players appeared to be unsure whether there was an outside edge.

Here’s a video of Kohli and Rohit’s conversation: Captain Rohit Sharma will take DRS in India’s 1st ODI against the West Indies.

Moreover, Kohli’s belief that the ball would take an edge off the bat proved to be correct. Replays also showed that the ball took the edge of Brooks’ bat, proving Kohli’s point.

The wicket was crucial in reducing the visiting team to 78/6. West Indies would lose another wicket after adding another run before Jason Holder batted bravely for 57 and combined with Fabian Allen (29) for a 78-run eighth-wicket stand to help them reach 176.

In addition, Chahal was the Indian bowler of choice, finishing with figures of 4/49 as the West Indies were bowled out in 43.5 overs. Washington Sundar (3/30) took three wickets, with Prasidh Krishna (2/29) and Mohammed Siraj (1/26) taking the rest.

However, India easily chased down the target, with Rohit Sharma hitting a fine half-century.

2 Replies to “Captain Rohit Sharma will take DRS in India’s 1st ODI against the West Indies.”