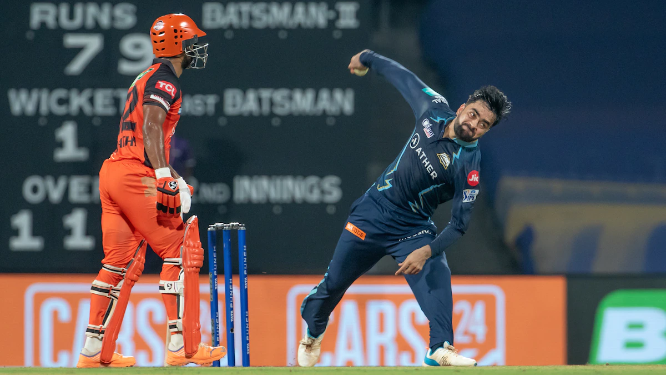 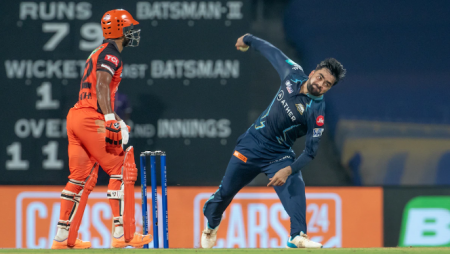 Brian Lara, the SRH batting coach, makes a significant statement about Rashid Khan who played for Sunrisers Hyderabad in the Indian Premier League until last season, is now with Gujarat Titans.

Khan, who took 2/22 in four overs against the Kolkata Knight Riders on Saturday to become the 16th bowler in IPL history, was a Sunrisers Hyderabad player from 2017 to 2021. He rose to prominence while playing for the team. Khan was one of the most consistent spinners in the T20 franchise league during his five seasons with them, taking 93 wickets in 76 matches. However, he left SRH after the 2021 IPL and was selected by Gujarat Titans in the 2022 player draft for INR 15 crore.

SRH batting coach Brian Lara, on the other hand, believes his team is doing well even without the talented Khan. “I have a lot of respect for Rashid Khan, but I think we’ve found the right combination. Rashid Khan was someone who opposing teams chose to defend against; he was not a particularly good wicket-taker “Lara spoke to Star Sports following SRH’s victory over Royal Challengers Bangalore on Saturday.

“Yes, (economy of) 5.5-6 runs per over is great, but I think having a guy like Washington Sundar spinning the ball into left-handers in the first six overs is an asset.” Due to his injury, Suchith has stepped in as his replacement and has proven to be a valuable asset.

“So far, we’ve started four fast bowlers in every game. Of course, the pitches may change over time, and there may be less grass. We also have Shreyas Gopal, though he has yet to play. He has also scored a hat-trick in the IPL. I still believe we have a lot in reserve to show the IPL, so I am not concerned. All due respect to Rashid Khan; if he had been a member of this team, I believe we would have finished 7 out of 7, I’m not sure “Lara elaborated.