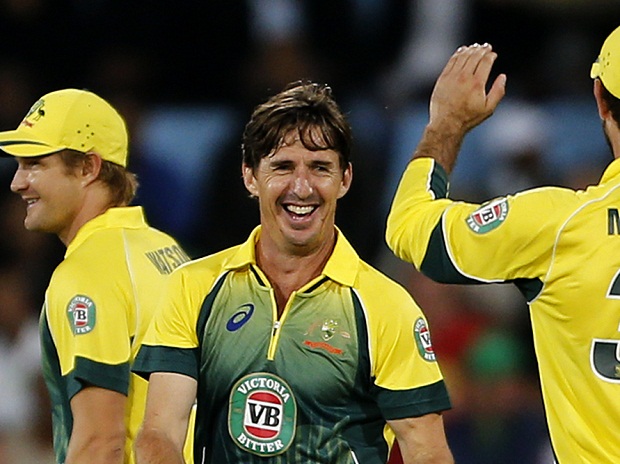 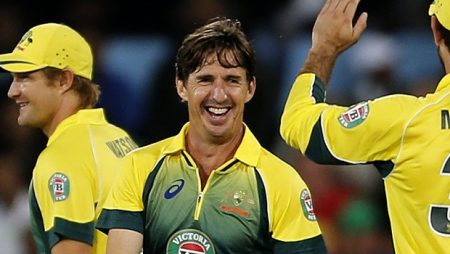 Brad Hogg says “Afghanistan does have the balance to trouble India” in T20 World Cup 2021. Hogg has featured the threat that Afghanistan poses to India. Ahead of their significant group stage encounter. Both teams sit in precarious situations at the table. Also, with India having lost both their contests. Afghanistan still having its games against the big guns remaining. Mujeeb-ur-Rahman bowled eight overs of spin, according to Hogg. Rashid Khan’s distribution throughout the innings will also be important.

“Afghanistan have a reasonable batting lineup and they bat really deep and have 2 spinners that can really cause problems. Mujeeb-ur-Rahman bowling in the powerplay and the early overs of that 10-over period .Then Rashid bowling in the middle overs and towards the death,” Brad Hogg said.

“Hopefully, Mujeeb is fit for tonight’s contest. So, they do have the balance to trouble India in that particular department. Also, they know that India are under trouble,” Hogg said.

Meanwhile, Mujeeb-ur-Rahman missed the team’s series against Namibia. He was not considered fit to play and his place within the playing XI. It was taken by Hamid Hassan. Moreover, he has picked up six wickets in two matches at an economy of 4.25.

In the following two hefty losses. India has to secure a win against Afghanistan. Also, to remain alive in the competition. They will have to win the rest of their matches and hope for other results. Moreover, it turns in their favor to finish in second place.

Lastly, India has faced Afghanistan twice in T20 World Cups. Before and has emerged victorious on both events. While the Afghanistan team is yet to topple India in a match. They have made the Men in Blue work hard in their matchups. During the 2018 Asia Cup and the 2019 World Cup. The two sides from Asia will face off against each other under the lights in Abu Dhabi tonight.

Read more: Aakash Chopra has named his Indian team for the next match against Afghanistan in T20 World Cup 2021

Visit also: Harbhajan Singh- “Really surprising that we have taken only 2 wickets so far” in T20 World Cup 2021