Avesh Khan reveals Captain Rishabh Pant’s advice, which resulted in a wicket in the fourth T20I 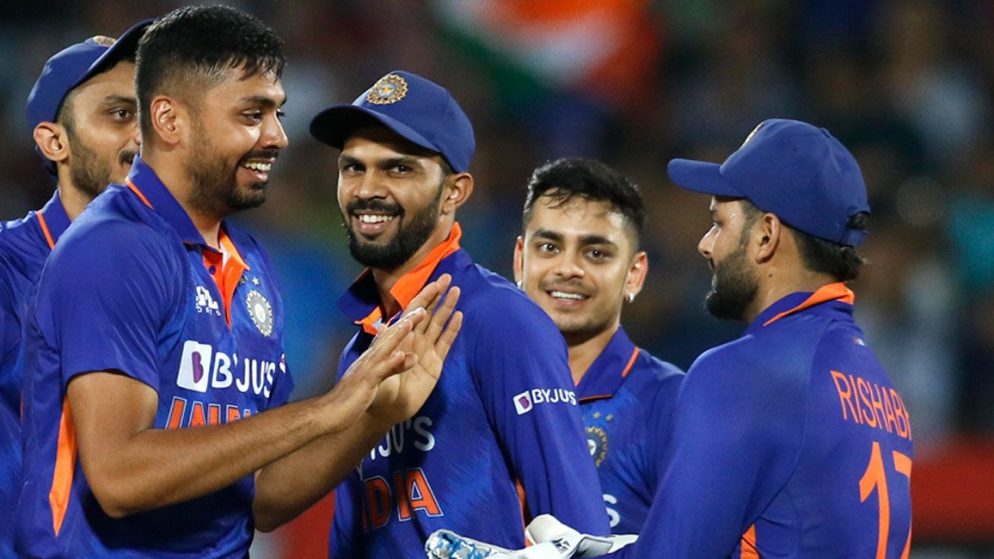 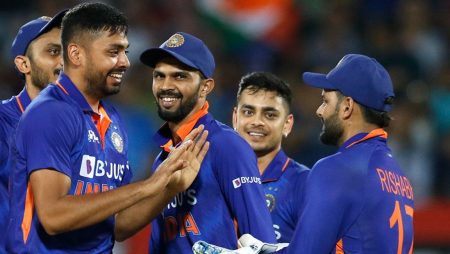 Avesh Khan reveals Captain Rishabh Pant’s advice, which resulted in a wicket in the fourth T20I. Khan took four wickets in the fourth Twenty20 International against South Africa in Rajkot.

Avesh Khan was on fire in the fourth T20 International (T20I) against South Africa, taking four wickets to help India win by 82 runs. Dwaine Pretorius, Rassie van der Dussen, Marco Jansen, and Keshav Maharaj were all bowled by the pacer, who finished with a career-high 4/18. After the game, Avesh revealed how Rishabh Pant’s suggestion help him get Jansen out. Avesh had bowled a fantastic bouncer that landed on Jansen’s grill. The lanky pacer was caught in the deep on the next delivery as Avesh foxed him with a slower delivery.

“After my bouncer to Jansen, Rishabh told me from behind that I could try a leg-cutter, it’s a good wicket-taking option, so I bowled a leg-cutter as he said and I got a wicket,” Avesh Khan told host broadcaster Star Sports after India’s victory.

Avesh Khan reveals that he followed a similar strategy for Keshav Maharaj.

“I bowled a hard delivery for Maharaj, and then I bowled him a slower one, and I got the wicket,” he explained.

His stunning display also came on his father’s birthday and he could not have thought of a better birthday gift.

“It feels really good. It’s my father’s birthday so I would like to dedicate this performance to him,” Avesh said.

“The plan was to attack stump-to-stump as it was a two-paced wicket. Some deliveries were staying low and some were bouncing. So my effort was to bowl the odd bouncer but mainly hit a good length,” he said about India’s bowling plans in the match.

India has now tied the series at 2-2, and the two teams will face off in the series decider on Sunday in Bengaluru.