“Andre Russell Has Always Been My Inspiration.” says Odean Smith of PBKS 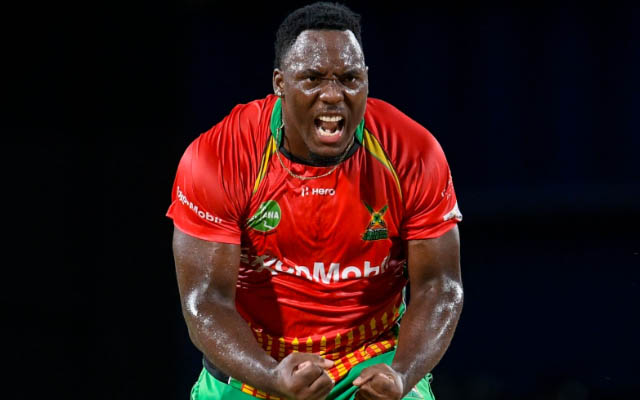 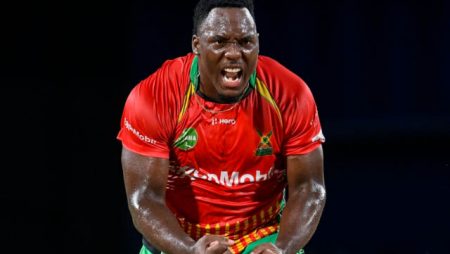 “Andre Russell Has Always Been My Inspiration,” says Odean Smith of PBKS. In an interview with NDTV, Punjab Kings all-rounder Odean Smith named one player who inspires him and revealed his expectations for the upcoming season.

Odean Smith demonstrated what he is capable of when he hit a match-winning knock of 25 runs off eight balls to lift Punjab Kings over the line against Royal Challengers Bangalore on Sunday at the Wankhede Stadium. In an interview with NDTV, Odean Smith discussed his expectations for the upcoming season and cited Andre Russell as an inspiration. The West Indies all-rounder has also stated that he intends to use the current tournament to learn and grow as a player.

“I believe Andre Russell is one of those I looked up. We play a similar role in most T20 games, bowling fast and then hitting a few boundaries at the end of the innings. He has been a source of inspiration for me. I believe he will always be an inspiration to propel me forward “Smith stated to NDTV.

When asked about his knock against RCB and whether it will help him throughout the competition, the 25-year-old said: “Well, I contributed to my team’s victory over the RCB, but I’m not going to say that this performance will put me in good stead for the rest of the competition. I have a lot of work to do, and we have a lot to do as a team. I just went out there and knew what I had to do: get the bat onto the ball. That’s exactly what I did out there.”

Also Read: PAK vs AUS: Ashton Agar is out of the ODIs after testing positive for Covid-19.

Odean Smith of PBKS: “Bowling fast is his passion”

Odean Smith bowled a delivery at 148.8 kmph against RCB, which is one of the fastest deliveries this season. Smith stated that bowling fast is his passion, but the key is to execute well rather than continue bowling fast.

“Yes, I’ve always been obsessed with bowling fast. But, at the end of the day, it’s not at the top of my priority list. It is more about execution than speed. But running in and bowling fast has always been a passion of mine “Smith stated.

“So far, everything has gone swimmingly. PBKS is a very good team with a lot of youthful exuberance, which gives us the X-factor in this competition. It’s been good since I’ve been here, and hopefully we’ll have the same energy throughout the competition. I haven’t had much experience with franchise competition. I’ve only played in the CPL. In terms of player quantity and quality, the IPL is one of the best T20 leagues in the world “He went on to say.

“Andre Russell Has Always Been My Inspiration.”

The West Indies all-rounder heaped praise on PBKS captain Mayank Agarwal, saying the PBKS captain knows how to keep his cool under pressure. “Mayank is a very cool guy, a very calm captain. He’s one of those players who can keep his cool under duress. I’ve talked to him a lot about batting during the training sessions, and it’s been a pleasure talking to him. He is an excellent captain “Smith stated.

This season, PBKS has also hired power-hitting coach Julian Wood, but Smith noted that he already has a lot of power, so his discussions with the coach have been more technical.

“Because I am already a strong person, the power-hitting coach has only given me technical advice in terms of maintaining my shape and so on. There have been a few things I’ve had to work on, nothing particularly technical. I am already a powerful man, and I have only worked on a few projects with him “Smith stated.

“To be honest, I don’t have a favorite player I’m looking forward to facing in the IPL. It’s all about seizing each opportunity and game as it comes. As I previously stated, some of the things I worked on with the bowling coach are the same things that some batters have told me. I am already a powerful man, and as long as I keep my shape, my head down, and my eyes on the ball for as long as possible, I don’t need to go for power because I already have it “He reached a conclusion.