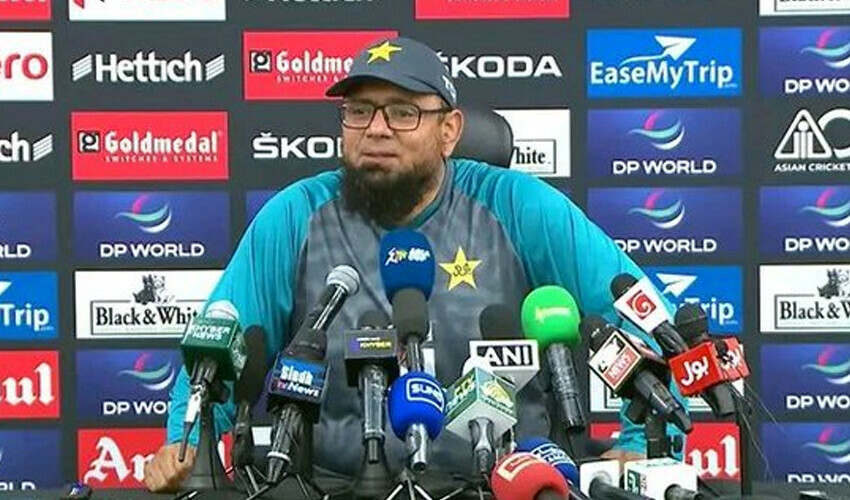 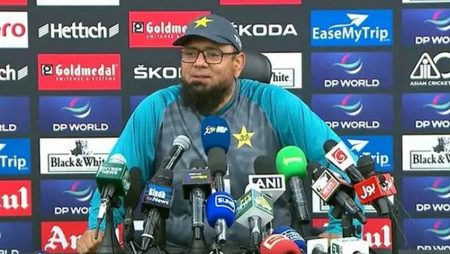 After losing the Asia Cup final on Sunday, Pakistan coach Saqlain Mushtaq defended his team’s Twenty20 playing style, saying they were on the right track for next month’s T20 World Cup. Babar Azam’s team failed to chase 171 runs to defeat Sri Lanka, bucking the trend of teams winning while batting second in Dubai. Mohammad Rizwan scored 55 runs in 49 balls for Pakistan and finished the tournament with 281 runs in six innings.

In comparison, Virat Kohli scored 276 runs for India in five innings at a faster 147.59.

“Everyone has their own style of play,” Saqlain explained.

“We made the T20 World Cup semi-finals last year and are now in the Asia Cup final. So evidence suggests we’re doing something right.”

“We did so with our style of play, and what remains to be done will be worked on rather than following the style of the other cricket-playing nations.”

Babar, a regular for the team before the tournament, scored just 68 runs in six matches, with a high of 30, but Saqlain downplayed the opener’s slump.

“As I previously stated, anyone with a keen eye for cricket will see that he is unlucky with the way he is getting out,” Saqlain said.

“The way he plays and his work ethic are unquestionable. He is a world-class player who will be protected from the evil eye by God.”

Babar was out for the final time in the tournament after a loose flick down the leg side was caught at short-fine leg by fast bowler Pramod Madushan, who took four wickets.

Bhanuka Rajapaksa led Sri Lanka’s comeback from 58-5 to 170-6, and the bowlers, including Wanindu Hasaranga, bowled Pakistan out for 147.

Hasaranga returned 3-27 with his leg-spin after slamming 36 in a crucial partnership with the left-handed Rajapaksa.

Saqlain praised champions Sri Lanka, who had previously defeated Pakistan, India, and Afghanistan in the Super Four stage, for their overall performance in the final.

“Sri Lanka batted second and then first against us to win the game. Very well deserved, “Saqlain stated.

“We only played nine overs of really good cricket, and then they played nearly 31 overs and dominated us in every aspect — batting, bowling, and fielding.”