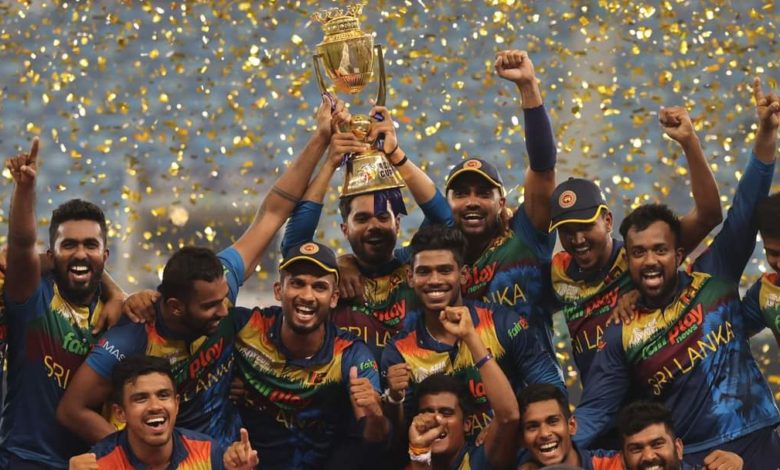 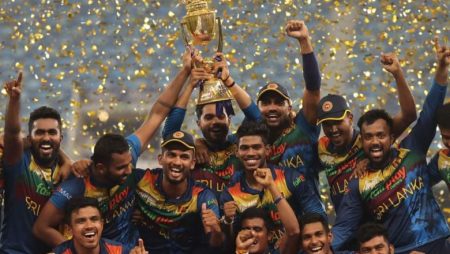 In a video posted on the Asian Cricket Council’s Twitter account. The Sri Lankan players can be seen jumping, popping champagne corks, and cutting a cake to celebrate their victory over Pakistan.

In the match, Bhanuka Rajapaksa hit a brilliant 71* off 45 deliveries to help Sri Lanka reach 171/6 from a position where even 150 looked difficult.

Pramod Madushan then took two wickets in two balls to put Pakistan on the back foot early on.

Mohammad Rizwan and Iftikhar Ahmed put on a 71-run partnership, but their scoring rate was too low, and the pressure was mounting.

Madushan then broke the stand and took his third wicket, and it’s been all Sri Lanka since, despite Rizwan’s half-century.

Rizwan, Asif Ali, and Khushdil Shah were all sent packing in one over, effectively putting an end to Pakistan’s hopes.

Pakistan were eventually bowled out for 147 off the final delivery of the match, prompting ecstatic celebrations from Sri Lanka’s players.