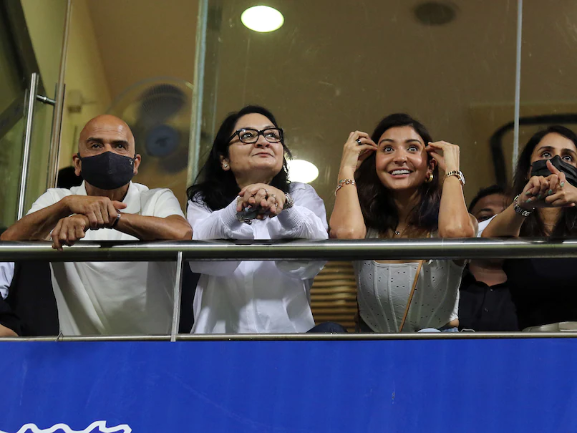 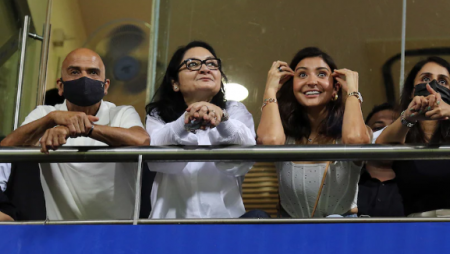 Despite his poor batting form, Virat Kohli demonstrated to fans on Saturday that he can still contribute to Royal Challengers Bangalore (RCB) in other ways during the ongoing Indian Premier League (IPL) 2022 season. Kohli was dismissed after only 12 runs off 14 balls against the Delhi Capitals (DC) at Mumbai’s Wankhede Stadium, but he pulled off a fantastic one-handed catch to send opposition captain Rishabh Pant back to the pavilion. Pant received a wide full toss from Mohammed Siraj on the 17th over of the chase and attempted to send it over extra cover.

The DC captain, however, toe-ended his shot towards Kohli at extra cover, who instinctively hopped and finished a one-handed stunner. Kohli’s celebration included waving to wife Anushka Sharma in the stands after completing the catch.

Here’s a video of Kohli’s one-handed catch to knock out Pant, as well as his celebration with wife Anushka:

Glenn Maxwell, an all-rounder, also made an important contribution, scoring 55 runs off 34 balls.

Despite David Warner’s half-century, Delhi could only manage 173 for seven in 20 overs. Josh Hazlewood was on fire for the RCB bowling attack, taking three wickets in four overs. Meanwhile, Mohammed Siraj was also responsible for two dismissals for RCB.