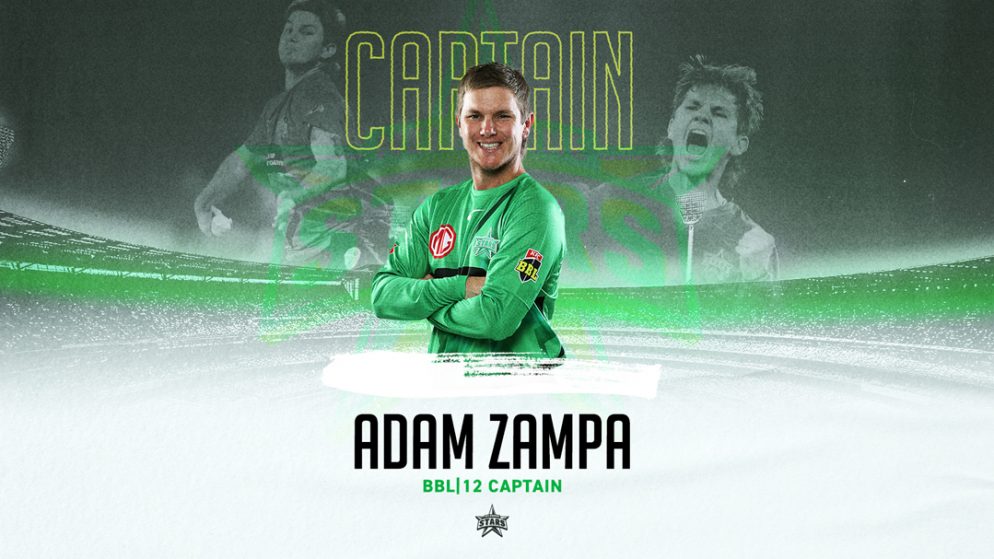 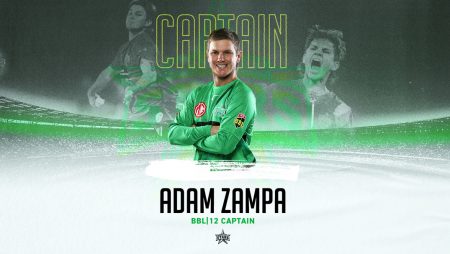 In the absence of regular skipper Glenn Maxwell, the Melbourne Stars have named Adam Zampa as their new captain for the upcoming Big Bash League. The leg-spinner joined Stars during the fifth edition of the tournament and has been with them ever since.

Meanwhile, Maxwell rule out of the season after breaking his leg during a birthday party last month. Adam Zampa replaced the all-rounder and stated in an official statement that the squad will give their utmost to capture their first Big Bash title. Zampa also stated that he hopes to play with Trent Boult and Luke Wood this season.

“It’s an honor to lead the Melbourne Stars in Glenn’s absence. I look forward to working with this group to get the most out of them.” “Our Stars adventure will not be complete unless we win the BBL title. We’re putting everything into this season to achieve that. ” Stated Stars’ newly chosen captain.

“I’m really happy to be playing with Trent Boult and Luke Wood for the first time this year, as well as Joe Clarke.” I can’t wait to lead this squad with Marcus as vice-captain, and we want to see as many of our supporters as possible at the MCG on Friday 16th December,” the spinner said.

Jason Sangha will take over as Sydney Thunder captain in lieu of Usman Khawaja.

Jason Sangha, 23, has been named the new captain of the Sydney Thunder. Meanwhile, Khawaja, who captained the team last season, has departed the franchise ahead of the new season and will lead the Brisbane Heat in the upcoming season.

When Usman Khawaja was out for three games last season. The kid seen guiding the Thunder. Sangha given the full-time captaincy role while David Warner’s availability as a captain is still being consider.

“This means a lot to me. I was lucky to have played for several incredible leaders at Sydney Thunder, beginning with Shane Watson.

Other notable skippers have included Callum Ferguson, Usman Khawaja, and Chris Green. Each of them had a great influence on the squad. One thing they all did well was lead by example – and that’s something I want to do,” Sangha said after being named captain.

Also Read: Women umpires will be introduced in the second round of the Ranji Trophy in 2022-23