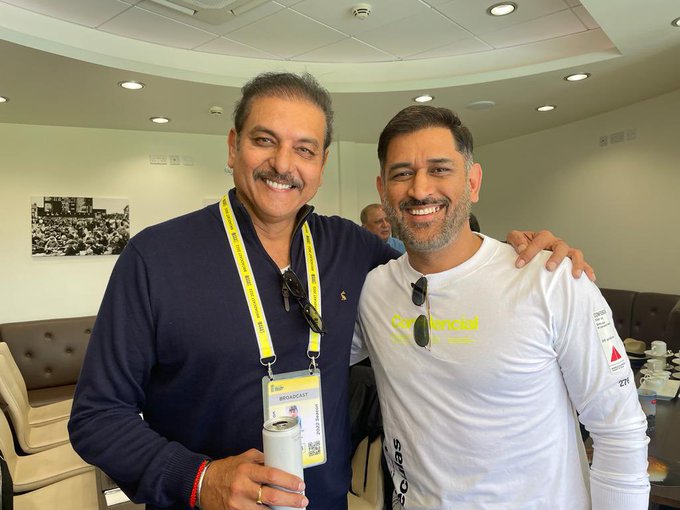 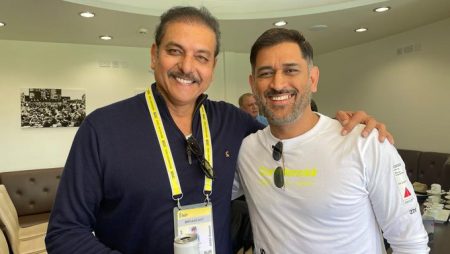 3rd T20I between India and England: Ravi Shastri’s Photo with MS Dhoni Goes Viral. After the second T20I at Edgbaston on Saturday, Ravi Shastri met with legendary wicketkeeper-batsman MS Dhoni, who had also interacted with the Indian team.

Despite losing the third and final T20I, India won the three-match series 2-1 after winning the first two. Former India head coach Ravi Shastri caught up with legendary wicketkeeper-batter MS Dhoni during the final game in Nottingham, who had also interacted with the Indian team after the second T20I at Edgbaston on Saturday. Dhoni, who recently turned 41, is currently on vacation in the United Kingdom. Shastri, on the other hand, is a member of the broadcasting team for India’s current tour of England.

“Great to catch up with the maestro who looks in fine fettle – @msdhoni,” Shastri wrote, sharing a picture with Dhoni on Twitter.

Notably, Dhoni was also in the stands for the second T20I in Birmingham on Saturday.

The former India captain also paid a visit to the Indian dressing room in Edgbaston, where he was seen interacting with opening batter Ishan Kishan.

Dhoni, who announced his retirement from international cricket in 2020, was last seen in action earlier this year during the 15th edition of the IPL.

After electing to bat first in the third T20I, England went on to post a total of 215 for seven.

Suryakumar Yadav responded with a magnificent knock of 117 off 55 balls, but India eventually lost by 17 runs.

Both teams will now play three One-Day Internationals (ODIs), beginning on Tuesday, July 12 at the Oval in London.