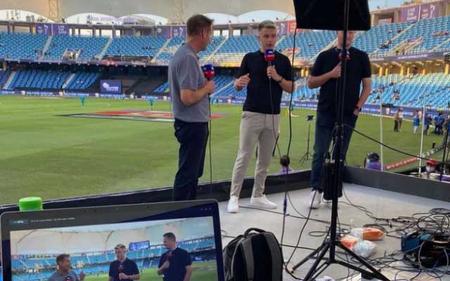 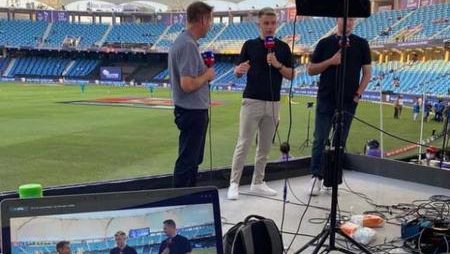 England became the first male team to hold both the T20 and 50-over World Cups. After defeating Pakistan in the World Cup final on November 13 . Ben Stokes, England’s red-ball skipper. Led the team’s pursuit with style on a gorgeous night. But left-arm pacer Sam Curran’s bowling established the foundation for the Three Lions’ victory. The pacer’s life had completed a circle since he had participated in the race as a commentator the year before.

The great left-arm pacer for England had a memorable 2022 T20 World Cup. Leading the Three Lions to a successful campaign in Australia. For his outstanding bowling performance of 3/12, which included the significant dismissal of Pakistani opener Mohammad Rizwan. Curran was voted the game’s top performer.

However, the situation was very different at the T20 World Cup that was held in the UAE last year, as Sam Curran joined the commentary team after being passed over for selection due to a back injury. He was the driving force behind Jos Buttler’s winning team the following year, and his 13 wickets at an eye-catching average of 11.38 earned him the title of tournament player. When it came to the death, the 24-year-old was pretty spectacular, returning with a remarkable economy rate of 6.52 throughout the competition.

Read also: Regarding Shaheen Afridi’s injuries, a former PCB medical officer -‘An inquiry should be held to determine if the PCB medical panel went wrong’

Shan Masood said: Sam Curran has been a class apart in this tournament

Curran’s performance was so impressive that even his rivals couldn’t help but admire the left-arm pacer. Shan Masood, one of Curran’s victims in the championship game for Pakistan, commended the Englishman for his perseverance and skill with the bat and ball.

“I think Sam Curran’s been top-notch for a while. He’s an in-demand player in this format, especially. He’s an all-format player. He’s just been brilliant. I think he’s been very clever. He watches the batter till late. He just doesn’t go to one particular, predictable length. He can bowl a good yorker. He’s got a decent bumper. He bowls his cutters and then even his length ball is a heavy ball. When you see his stature, you want to take him on, but he is that class bowler and I think in this tournament he has been a class apart,”

Read also: The Supreme Court finally engaged in the rape case of a World Cup cricketer