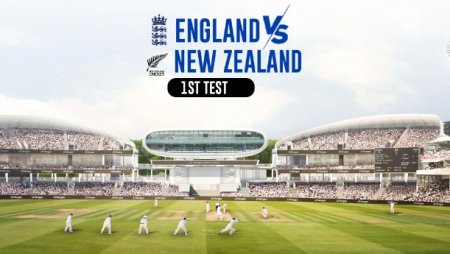 20,000 tickets for the first England-New Zealand Test remain unsold at Lord’s. The cause of poor ticket sales, according to Barmy Army, is high ticket prices.

Despite the fact that Ben Stokes begins his new chapter in his career as the captain of the red-ball format. Tickets for the first Test match at Lord’s remain unsold ahead of England’s home series against New Zealand. Even Brendon McCullum is preparing for his first stint as England coach against his home country.

The match has been dubbed the “Queen’s Platinum Jubilee Test,” but the stands are expected to be empty. England’s recent Test form has been dismal, and the team currently sits at the bottom of the World Test Championship rankings. The ECB has recently seen a number of changes, including the appointment of Rob Key, the captaincy of Stokes, and the appointment of McCullum.

According to The Daily Graph, 20,000 seats have gone unsold ahead of the home team’s match against Kane Williamson’s side. The reason for low ticket sales is due to high ticket prices. According to reports, the tickets were priced at 160 points during the cost-of-living crisis, resulting in slow sales.

While reigning champions New Zealand will do everything they can to defend their title, the hosts will try to improve their game under the new captain and coach in order to gain some important points and move up the WTC Points Table.

“It has to be money.” We don’t get tickets to Lord’s as a group, but according to Chris Millard, managing director of the Barmy Army fan group, “a lot of people who go every year have been put off due to price and the cost-of-living crisis.”

Co-founder of Barmy Army Paul Burnham, on the other hand, blamed the poor sales on “the recession, Queen’s celebration, poor red-ball form, and entertainment level very slow-poor and no Barmy trumpeter allowed.”