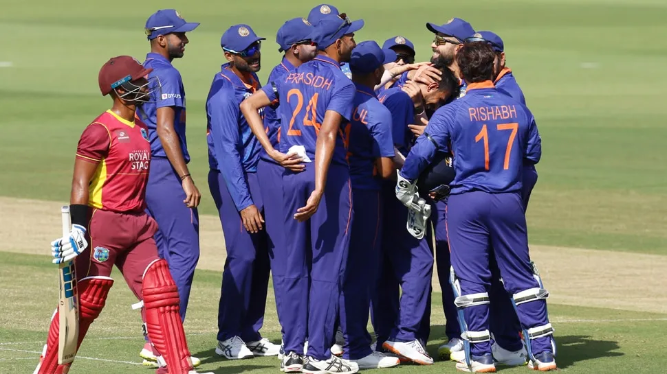 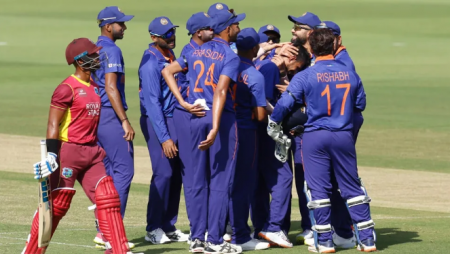 1st ODI: India Predicted XI vs West Indies, Who Will be Shikhar Dhawan’s Opening Partner? Which of Ishan Kishan or Ruturaj Gaikwad will open for Shikhar Dhawan in the first ODI between India and the West Indies?

On Friday, the Indian cricket team embarks on yet another tour of the Caribbean islands without the participation of many seniors. Team India, captained by Shikhar Dhwan, takes on West Indies in the first One-Day International of a three-match series on Friday in Port of Spain. Players like Rohit Sharma and Rishabh Pant won’t be present, so opportunities will exist for younger players to seize the spotlight. Who will be Dhawan’s opening partner, given that the rest of the starting XI appears to be set? Ishan Kishan, a left-handed alternative with plenty of power, and Ruturaj Gaikwad, a right-handed option with technical prowess, are both available for India.

Also Visit: Dinesh Karthik and Rishabh Pant my picks ahead of Ishan Kishan for the T20 World Cup: Ricky Ponting

Here is India’s predicted XI for the 1st ODI:

The left-handed opener’s ODI series against England wasn’t spectacular. He is currently just being considered for ODI matches, and he would like to score against West Indies.

In the role of the opener, he has plenty of punch. Ruturaj Gaikwad, though, is also in line and may be taken into consideration for the XI as well.

He had a disappointing trip to England. It will be a fantastic opportunity for him to stand out without the seniors.

One of the most effective Indian batters is him. He is between runs and would like to keep up his strong performance in the Caribbean islands.

Although he is gifted, consistency has frequently been a problem for him. The way he performs will be extensively scrutinized.

He even earned a ton during his successful tour of England. It will be vital how he performs in the middle of the list.

The all-rounder will strengthen the batting while also having some extremely useful left-arm spin.

He is another all-arounder who frequently makes breakthroughs.

The Tour of England presented him with opportunities. The squad management may, however, also try out Avesh Khan in his place.

Against England, he played well in the ODI and T20 series. He is the best Indian spinner currently available in form.

He may make deliveries that are wonderful, but he is frequently also pricey.