The BCCI spends INR 3.5 crore on Team India’s flight from Manchester to the West Indies. 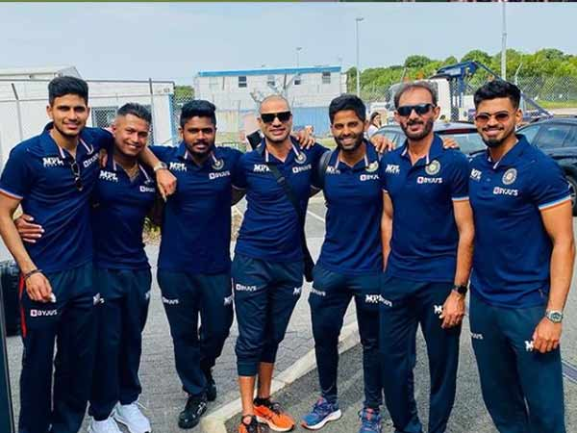 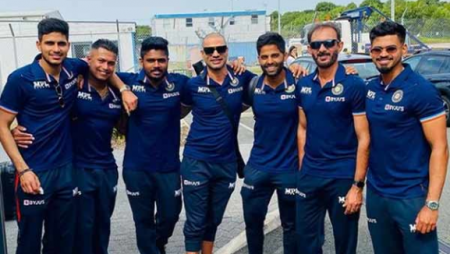 The BCCI spends INR 3.5 crore on Team India’s flight from Manchester to the West Indies. India will face the West Indies in a three-match ODIs beginning on July 22.

India will face the West Indies in a three-match ODI series, followed by five T20Is. During the ODI series, the visitors will be without their regular skipper Rohit Sharma. As well as some other first-choice players, and Shikhar Dhawan will lead the Indian team. Ravindra Jadeja acting as vice-captain.

Prior to this tour, India was in England for three T20Is and as many ODIs. Also had to travel directly from the UK to the Caribbean nation. Meanwhile, it is believed that the Board of Control for Cricket in India (BCCI) has spent a whopping INR 3.5 crore to send a contingent of 16 players to the West Indies to compete in white-ball matches. The board had to book a chartered flight from England to the West Indies for its players.

India took a flight from Manchester to Port of Spain.

According to a BCCI official, the reason for booking a chartered flight was the large number of members in the Indian contingent, including the players’ wives and support staff. “The BCCI spent Rs 3.5 crore on the chartered flight that took Team India from Manchester to Port of Spain (the capital of Trinidad and Tobago) by 11.30 p.m. IST on Tuesday afternoon.”

“The reason for the team’s chartered flight was not Covid-19.” It’s difficult to book so many tickets on a commercial flight—the Indian contingent consists of 16 players and support staff members, including head coach Rahul Dravid. “There are wives of players who have traveled to the Caribbean as well,” the official told the Times of India.

“Normally, this expense would have been around Rs 2 crore in a commercial flight.” A round-trip business class ticket from Manchester to Port of Spain would cost approximately Rs 2 lakh. A chartered flight is more expensive, but it is the most logical option. “Most top football teams now have charters,” he added.

As previously stated, Team India will be without their permanent skipper Rohit Sharma during the ODI series. During the T20I series, however, he will captain the Men in Blue. Virat Kohli, the tour’s star batter, has been rested, giving newcomers a chance to shine at the international level.

Also Read: “Off The Field, Don’t Enjoy Too Much”: Pakistani Legend’s Advice To Hardik Pandya