With Skipper Shreyas Iyer, The KKR team is in good hands: Brendon McCullum 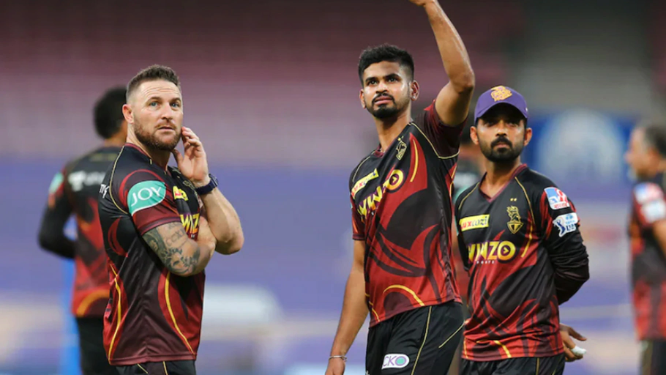 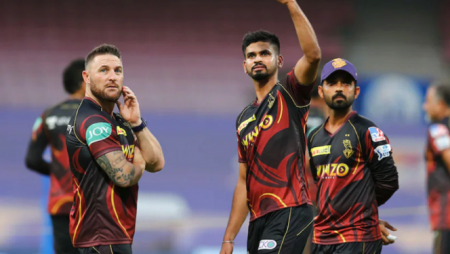 The Kolkata Knight Riders were eliminated from the playoff race in the ongoing Indian Premier League (IPL) 2022 season after a heartbreaking two-run loss to the Lucknow Super Giants on Tuesday. Chasing 211, Rinku Singh and Sunil Narine led an impressive fightback in the final two overs, and it appeared that Rinku would assist KKR in chasing 21 in the final over. However, his dismissal on the penultimate delivery of the match turned the tide of the game, and Lucknow eventually won.

Brendon McCullum, the KKR coach, will now travel to England to coach the Ben Stokes-led Test side. The former Kiwi captain said he enjoyed his time in the IPL and will keep an eye on the franchise, which is in good hands with skipper Shreyas Iyer at the helm.

“To be honest, I enjoyed it. It has been three years, and all three years have been spent in bubbles in the pandemic that has engulfed the world, and we are incredibly grateful to all parties involve. Particularly the hosts IPL and the fans, who have rallied behind us and given us something to grasp and enjoy. It is simply a fantastic tournament; it is the world’s largest league. There are many great stories in the IPL, and the opportunities it provides to people not only in India. But all over the world, are numerous “McCullum stated this during a virtual press conference following the match.

Brendon McCullum: keep an eye out for KKR next year

“As a coach, to be part of the IPL and to be able to give guys some freedom to go out there and play with a real positive attitude and try and impose themselves on the world stage is something I am truly grateful for. I have had a great time over the last few years, we did not get it done this year but I think we play some great cricket. Last year was an incredible story, and I will continue to follow this team (KKR). I know they’re in good hands with the skipper, Shreyas, and the rest of the crew. So, keep an eye out for KKR next year “He went on to say.

Concerning the match between LSG and KKR, the former batted first and scored 210/0 in 20 overs. Quinton de Kock (140 not out) and KL Rahul (68 not out) put together the highest opening stand in tournament history.

Shreyas Iyer top-scored for KKR with 50 as they chased 211. Rinku Singh and Sunil Narine scored 40 and 21 respectively, but it wasn’t enough to get KKR over the line. Mohsin Khan and Marcus Stoinis each took three wickets for LSG.