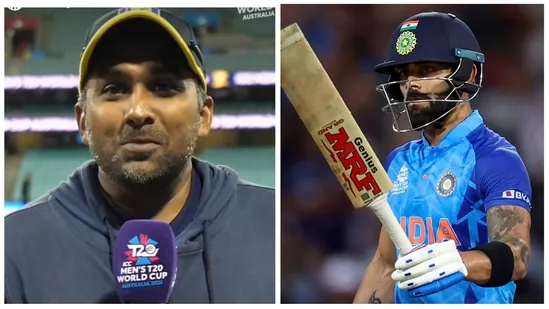 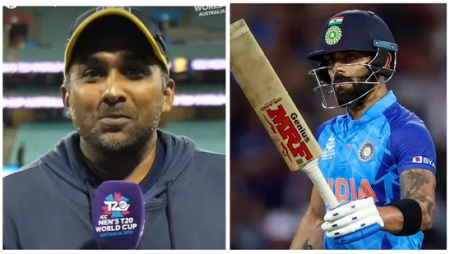 Back to his best, India’s superstar Virat Kohli set a big new milestone, beating Sri Lankan cricket icon Mahela Jayawardena. Jayawardena had the record for the most runs scored in T20 World Cup history, but Kohli broke it in the Super 12 encounter against Bangladesh on Wednesday. In a video published on social media by the ICC, Jayawardena gave a beautiful greeting to Kohli after the latter attained the historic milestone.

Kohli has been in spectacular form during the T20 World Cup 2022, scoring three half-centuries in four games. First, with an undefeated 82, he set up India’s dramatic triumph over Pakistan. He subsequently hit his second fifty against the Netherlands, which India easily won. Later, against Bangladesh, Kohli hit another match-winning knock, spearheading India’s assault with the bat.

Jayawardena stated of Virat’s accomplishment: “Records are intended to be broken. Someone was bound to smash my record, and that person is you, Virat. Congratulations, my friend. You’ve always been a fighter. Form is always transient, but class is eternal. Congratulations, friend.”

When it comes to Kohli, the premier hitter first appeared for India in a T20 World Cup in 2012. So far in the event, he has played 25 matches throughout editions, scoring 13 half-centuries. Kohli’s top score was an 89-run knock against West Indies in the 2016 edition.

Kohli hit 64 off 44 balls against Bangladesh to surpass Jayawardena’s record. For his efforts, he was also named Player of the Match.