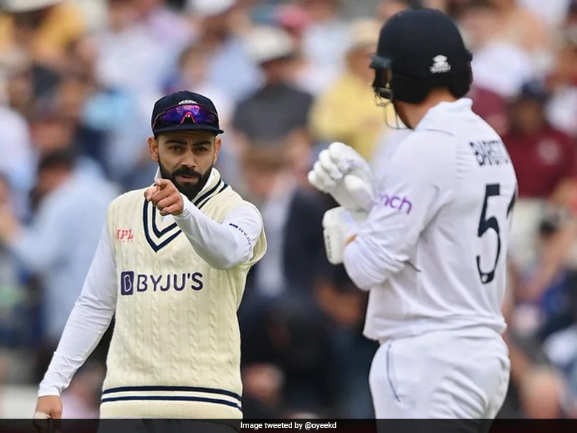 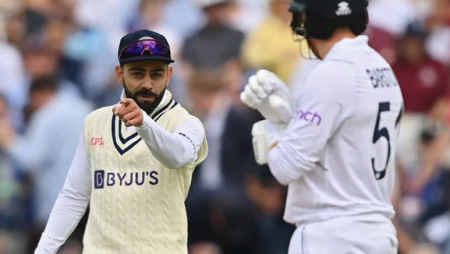 What Jonny Bairstow Had to Say About His On-Field Interaction With Virat Kohli During the Ongoing Edgbaston Test. The video of Virat Kohli and Jonny Bairstow exchanging a few words on social media has gone viral, and the Englishman has now spoken out about it.

India is currently leading the rescheduled fifth Test against England at Edgbaston in Birmingham. During England’s first innings, Jonny Bairstow threatened to take the game away from India. The England batter, on the other hand, was struggling at first, scoring 13 off 61 deliveries and surviving a few close calls. But everything changed at Bairstow when Virat Kohli decided to launch a few verbal volleys. After a brief spat on the field, Bairstow went on to smash 93 off his next 79 balls. The video of Kohli and Bairstow sparring went viral on social media, and the Englishman has now spoken out about what happened in the middle.

“We’ve been playing each other for over a decade. It’s a lot of fun. On the field, we are fiercely competitive, and that is what it is all about. We are two competitors who play Test cricket. That is why we play the game, and it brings out the best in us. Whatever it takes, you want to get your team over the finish line, and that’s part of the game “Sky Sports News shared a video of Bairstow on Twitter.

Bairstow finished with 106 points on 140 attempts. Despite his magnificent knock, India took a 132-run lead in the first innings, thanks to Mohammed Siraj and stand-in captain Jasprit Bumrah.

India then increased their lead to 257 runs at stumps on Day 3 thanks to a solid knock from Cheteshwar Pujara. Pujara was unbeaten on 50 points, with Rishabh Pant on 30 not out.

Pant (146 off 111 balls) and Ravindra Jadeja (104) hit brilliant centuries in India’s first innings to help India post a formidable 416 on the board.