Watch: Umpire Gives Wide, But Batter Still Gets Caught Out In Village Cricket 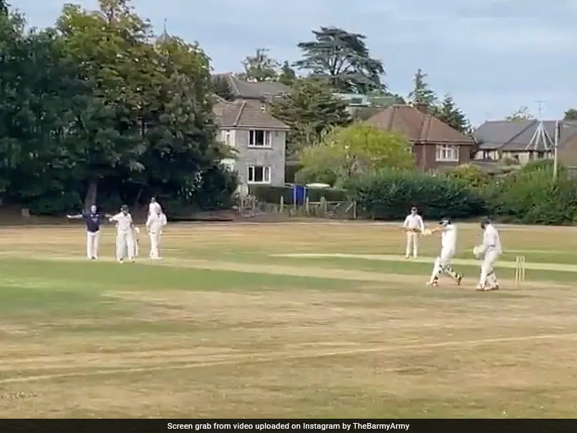 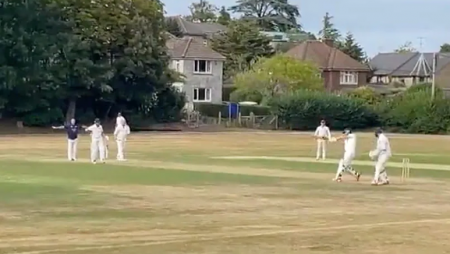 Watch: Umpire Gives Wide, But Batter Still Gets Caught Out In Village Cricket. The bowler deliver a looping delivery that pitch down the leg side. The batter tried to get as many runs as possible off it.

The job of an umpire is fraught with difficulties. Umpires are sometimes unfairly chastise for making a bad call. In a viral video, however, an umpire is seen making an unusual call during a village cricket match. The umpire seen in the viral video making a wide ball call before the delivery is complete. The bowler deliver a looping delivery that pitch down the leg side, and the batter tried to get as many runs as possible off it. He didn’t connect with the ball, however, and ended up scuffing it, allowing the wicketkeeper to run back and take an easy catch.

In Village Cricket, the umpire gives a wide, but the batter is still caught out.

The incident elicited a roar of laughter from the players in the dugout.

Following the incident, fans came up with some hilarious takes of their own.

“Did he pull the pin before throwing that hand Grenade?” a user wrote.

“Difficult to judge if that ball even landed on the pitch or just off; which would (should) have resulted in a no-ball,” another user tweeted.

“Not that much celebration by the fielding team, presumably this is a regular occurrence?!” another user lamented.

“That’s why batting can be so frustrating.  We’ve all been there trying to hit a rank delivery too hard.  Unlucky fella and welcome to the Club!” another user wrote.