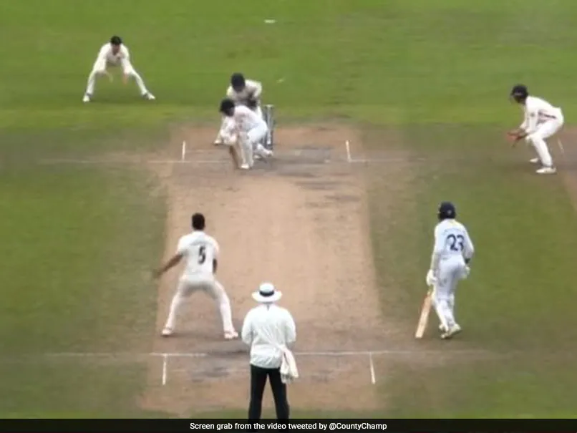 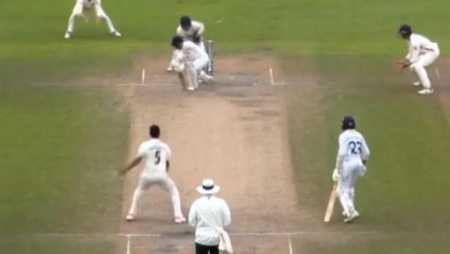 Washington Sundar’s Classic Off-Spinner Setup Dismisses Batter In County Game. Sundar has made an impression during his first season with English county Lancashire.

Washington Sundar is making a name for himself during his first season with English county Lancashire, and he has so far delivered impressive performances. Sundar took three wickets in the fourth and final innings of Lancashire’s 184-run victory over Kent in Division 1 of the Championship. Sundar produced a perfect off-break during the innings to rattle the batter’s stumps.

Sundar’s delivery hit a rough patch on the wicket and turned to a great extent, castingling Kent’s Jordon Cox’s defense and forcing him to walk back after scoring only one run.

Sundar and Lancashire players celebrated as the ball turned sharply between the bat and pad and took the top of the off-stump. Sundar’s second wicket of the innings came after he had defeated Kent skipper Jack Leaning.

Also Visit: ‘Who has seven hours free?’ – Ajay Jadeja weighs in on the importance of ODIs

Lancashire had been bowled out for 145 in the first innings, while Kent scored 270 to take a 125-run lead.

Then posted 436/9d in the second innings, thanks to Josh Bohannon’s 134-run knock. Lancashire eventually bowled Kent out for 127 in the final innings, with Tom Bailey taking five wickets.