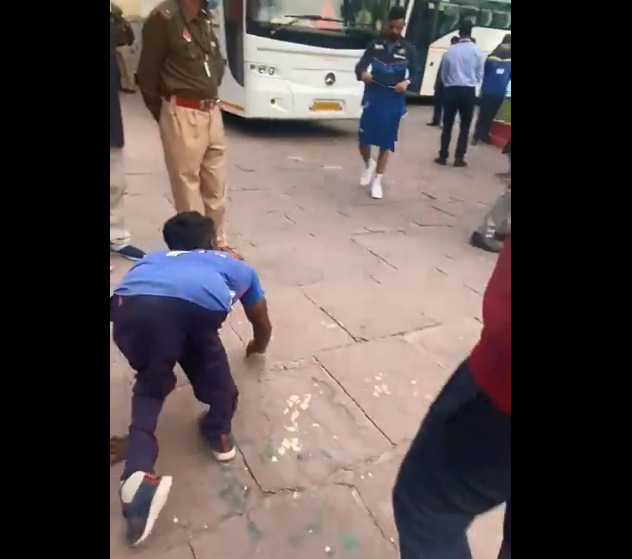 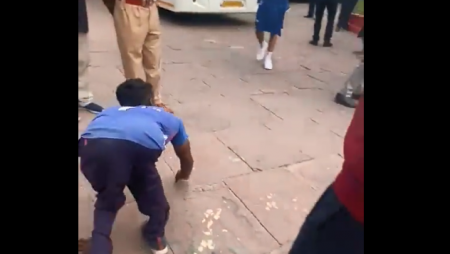 Virat Kohli’s Heartwarming Respond Towards a Specially-Abled Fan. Virat Kohli, who has a massive fan base all over the world. Winning hearts on social media for his latest gesture toward a specially-abled fan.

Former India captain Virat Kohli, considered one of the best batters, played his 100th Test last week. When he walked out to bat on Day 2 of the first Test against Sri Lanka. He greeted warmly by the Indian team, who also provided him with a guard of honour.

The fans in Mohali cheered for the prolific right-hander whenever they saw him during the Test match. Kohli, for his part, did his part to repay the love showered on him. He gained popularity on social media for his most recent gesture toward a special-needs fan. After the first Test against Sri Lanka ended on Sunday, the 33-year-old batter gave his jersey to a fan named Dharamveer Pal, who is unofficially known as Team India’s 12th man.

Kohli can be seen presenting his jersey to Dharamveer before boarding the team bus in Mohali in a video shared by him.

Also Read: Women’s World Cup: India’s women begin their quest for the elusive trophy with a match against Pakistan  in the tournament opener.

Virat, who hasn’t scored a century in over two years, could only muster 45 in his 100th Test as India was unable to bat again.

Kohli also reached 8000 runs in Test cricket during the first Test in Mohali.

With the bat, Ravindra Jadeja shone, scoring an unbeaten 175 as India declared their first innings at 574/8.

Then, with the ball, Jadeja and Ravichandran Ashwin delivered as India bowled out Sri Lanka for 174 and 178 runs, respectively, to win the first Test by an innings and 222 runs.

Rohit Sharma, who captained the team for the first time in a Test match, will now look to lead India to a series-clinching victory over Sri Lanka in the final Test.

The second Test will be a day-night affair, beginning on Saturday, March 12 in Bengaluru.