Virat Kohli will give his all against Pakistan, as he usually does in big games: Asghar Afghan 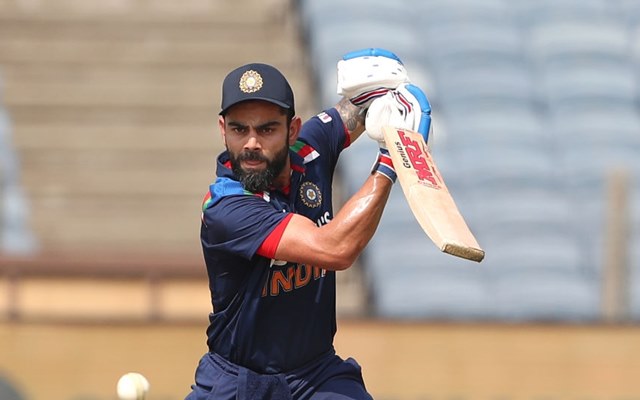 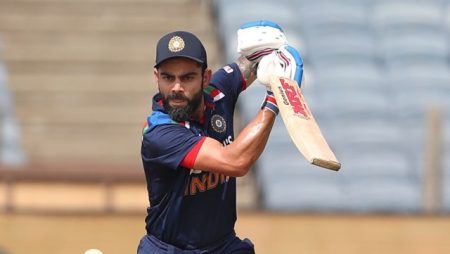 PUNE, INDIA - MARCH 26: England wicketkeeper Jos Buttler looks on as India batsman Virat Kohli cuts a ball for some runs during the 2nd One Day International between India and England at MCA Stadium on March 26, 2021 in Pune, India. (Photo by Surjeet Yadav/Getty Images)

Former Afghanistan captain Asghar Afghan. Believes India’s star batter Virat Kohli will be back to his best against Pakistan in Group A of the Asia Cup 2022. Kohli’s form has been one of the talking points in the build-up to the multi-nation tournament. As the 33-year-old has not scored a century in international cricket in nearly three years. His numbers have fallen across formats, despite his contributions in sporadic games.

However, the upcoming Asia Cup will be his true test. As the competition for spots in the Indian team is fierce, and he will need to step up quickly. The right-hander missed the West Indies and Zimbabwe tours and last played for his country against England in July. He had little impact in that series across formats, failing to register a single half-century. All eyes will be on him now, with the entire country hoping for an inspiring performance from him.

Also Visit: Rohit Sharma is only 10 runs away from achieving this incredible feat in T20Is.

Afghans believe Kohli will deliver a standout performance against Pakistan, pointing out that the latter has always delivered in big games. He noted Kohli’s desire to bat again and expects him to give “200 percent” against Pakistan in the upcoming match.

“He’ll deliver” (against Pakistan). He always delivers in big games. Although much depends on luck, he’s hungry for runs and will give his all against Pakistan,” Asghar Afghan said on CricTracker’s ‘BatBricks7 Presents Run Ki Runneeti show.

Kohli was the top scorer for India in the previous match against Pakistan in the T20 World Cup 2021, scoring 57 runs to help his team post a decent total when the team was in trouble. The India-Pakistan match is set to take place on August 28th (Sunday) at the Dubai International Stadium in the United Arab Emirates.

Also Read: Asia Cup 2022: India’s Women’s Great Says No to KL Rahul, But This Player Should Start Against Pakistan