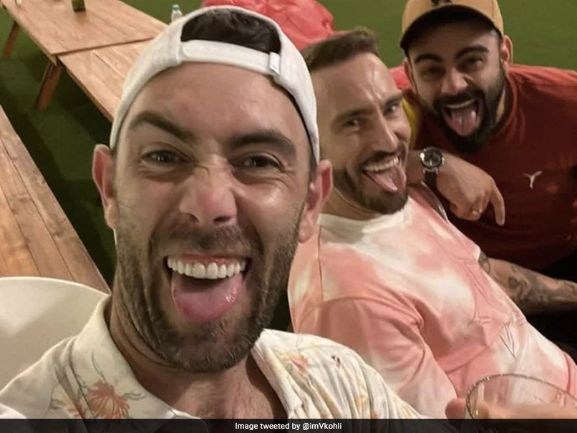 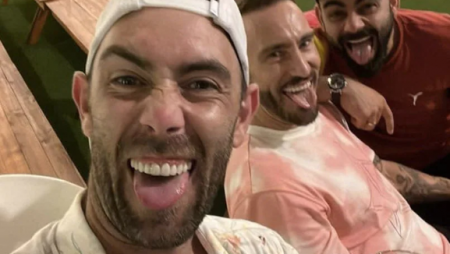 Virat Kohli Posts Photo With Faf du Plessis And Glenn Maxwell Tweet Goes Viral After RCB Makes Playoffs. Royal Challengers Bangalore advanced to the IPL 2022 playoffs. After the Mumbai Indians did them a huge favor by defeating the Delhi Capitals by five wickets on Saturday.

The Royal Challengers Bangalore advanced to the IPL 2022 playoffs after Mumbai Indians did them a huge favor by defeating Delhi Capitals by five wickets on Saturday night at the Wankhede Stadium. If DC had defeated Mumbai, they would have qualified for the playoffs, while RCB would have been eliminated. However, a 34-run blitz from Tim David, combined with some strange DC decisions, led to MI’s victory. It was no surprise that the RCB team was ecstatic with the outcome. Some of the players, also including former captain Virat Kohli, took to social media to express their joy.

In addition, Kohli first tweeted a plane emoji with the word Kolkata next to it. Indicating that RCB were on their way to the playoffs.

A few hours later, Virat Kohli posts a photo of himself with RCB teammates Faf du Plessis and Glenn Maxwell, all three of whom had their tongues out.

It came down to the wire on Saturday when the Delhi Capitals lost the toss and were put into bat.

Jasprit Bumrah was nearly unplayable. Taking three wickets for 25 runs in four overs as DC could only manage 159 for seven. Rovman Powell led the way with 43 runs off 34 balls.