The top-ranked player in the most current ICC Men’s T20I Player Rankings is Wanindu Hasaranga. 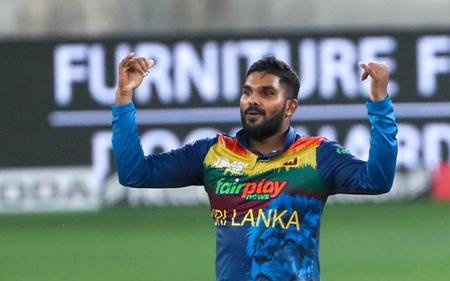 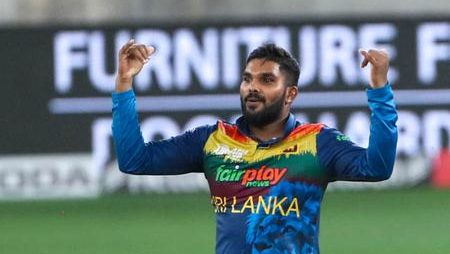 The top-ranked player in the most current ICC Men’s T20I Player Rankings is Wanindu Hasaranga. In the batting rankings, Suryakumar Yadav maintained his top status, while Ravichandran Ashwin rose five spots in the bowling rankings.

Hasaranga’s two-for-23 performance against England during the ICC Men’s T20 World Cup. It increased his overall tournament wicket total to 15. And allowed him to surpass Afghan leg-spinner Rashid Khan in the rankings. Intriguingly, Hasaranga had won the championship for the first time. And his following efforts in the United Arab Emirates and Oman for the tournament’s most recent iteration.

Yadav, who has 225 runs in the competition so far. Is collected a career-high 869 points after adding six rating points to his tally, 39 more than Pakistan’s Mohammad Rizwan. He won the game by hitting 30 against Bangladesh and 61 off 25 balls against Zimbabwe. Devon Conway of New Zealand is third, 90 points behind Yadav, while Pakistan’s captain, Babar Azam, is fourth, seven points farther back.

Australia’s Josh Hazlewood and Adam Zampa, who both took two wickets against Afghanistan, have risen to the top ten. Hazlewood has risen one spot to third, while Zampa has risen from seventh to fifth. Adil Rashid of England is also in the top 10, and Ravichandran Ashwin of India has moved up five places to 13th after scooping up three Zimbabwe wickets.

Pakistani left-arm fast bowler Shaheen Shah Afridi and Indian Arshdeep Singh have also made great progress. Shaheen has risen 20 positions to 22nd after taking seven wickets in two matches against South Africa and Bangladesh. Arshdeep is now one spot behind Shaheen in 23rd place, a career high for him.

Sikandar Raza has risen to a career-high position in the all-rounder rankings.

Other individuals who have advanced since the most recent update include Afghanistan’s Naveen-ul-Haq (up 12 places to 37th), New Zealand’s Lockie Ferguson (up two places to 30th), Bangladesh’s Nasum Ahmed (up six places to 26th), and South Africa’s Wayne Parnell (up 20 places to 41st).

Litton Das of Bangladesh (up five spots to 31st) and Glen Maxwell of Australia (up seven spots to 33rd) have both advanced, while Alex Hales of England has climbed 36 spots to 34th after hitting 47 against Sri Lanka.

In the all-rounders rankings, Sikandar Raza of Zimbabwe has climbed two spots to a career-best-equaling fourth place following a very successful tournament in which he scored 219 runs and claimed 10 wickets.

Read also: To ensure that they can go to the T20 World Cup semifinals, England will give Dawid Malan and Mark Wood as much time as possible.