Team India is greeted with rose petals in Thiruvananthapuram 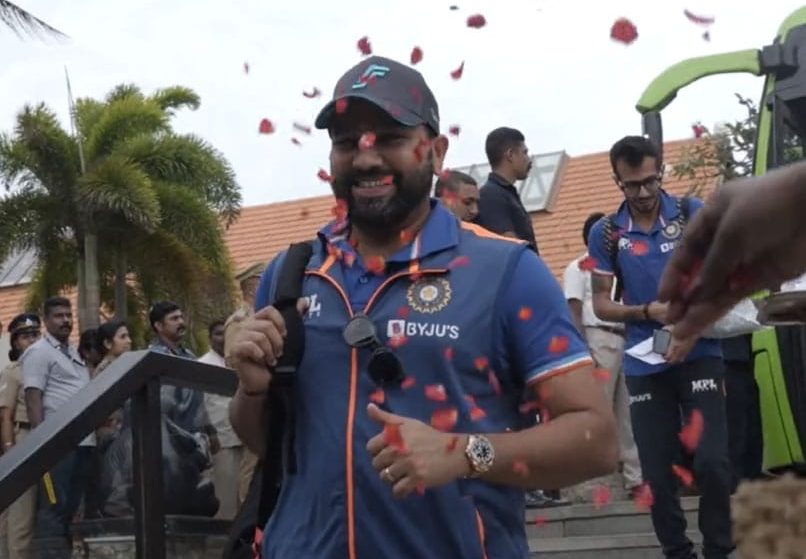 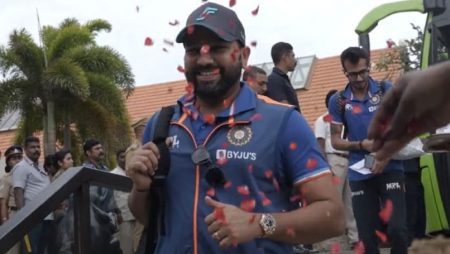 Team India greet warmly upon their arrival in Thiruvananthapuram, Kerala, ahead of the first T20I match of the three-match series against South Africa. The first T20I will be play on Wednesday at Greenfield International Stadium. While the South African team arrived in Thiruvananthapuram on Sunday, Rohit Sharma and his team arrived the next day. The BCCI also post a video on social media in which the Indian players are shown receiving a rose petal welcome.

Watch the video here: Team India is greeted with rose petals in Thiruvananthapuram

“Team India will arrive on the practice grounds on September 27. They will train from 5 to 8 p.m. From 1 p.m. to 4 p.m., the South African team will practice on the ground “KCA issued a statement.

In addition, Greenfield International Stadium has a seating capacity of 55,000 people. Upper-tier, pavilion, and KCA grandstand tickets cost Rs 1,500, Rs 2,750, and Rs 6,000, respectively. The tickets for the KCA grandstand seats would include food costs.

The final two Twenty20 Internationals between India and South Africa played in Guwahati (October 2) and Indore (October 3). (October 4). The two teams will then play a three-match One-Day International series beginning on October 4.

In terms of recent form, India defeated Australia 2-1 at home in a three-match T20I series. They had lost the first game by four wickets, but they made a strong comeback to win the next two games and seal the series.

Meanwhile, South Africa arrives in India after a 1-2 loss to England in a three-match Test series.