T20 Blast 2022: WOR vs WAR Match Prediction – Who will win the match between Worcestershire and Warwickshire? 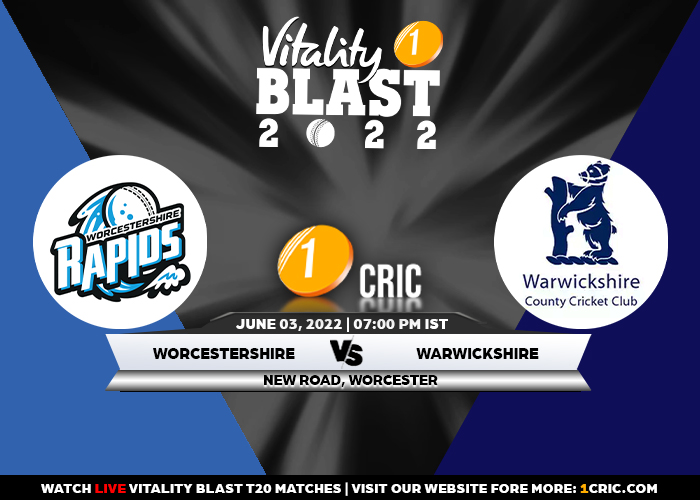 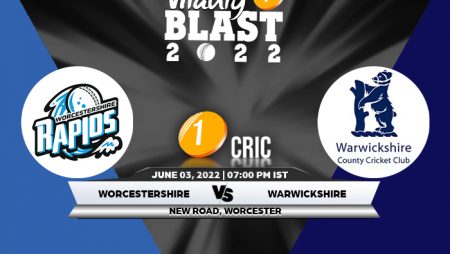 T20 Blast 2022: WOR vs WAR Match Prediction – Who will win the match between Worcestershire and Warwickshire? Warwickshire have the advantage in this game because of their winning streak this season.

Worcestershire, on the other hand, has played four matches in the tournament and has lost all of them. As a result, with four losses, they are at the bottom of the North Group’s points table. It will be difficult for them because their lack of confidence may play a significant role in their game against Warwickshire, who are in excellent form.

The first game of the T20 Blast 2022 season will be played at New Road. It’s a high-scoring pitch with a batter-friendly surface. As a result, the hard-hitters will benefit. Warwickshire have won high-scoring games in this tournament, and they have a stronger bowling lineup than Worcestershire.

Warwickshire’s Paul Stirling has been in fine form. He has scored 164 runs in three games with a strike rate of 207.59. He also hit a century off 46 deliveries against Northamptonshire, helping his team to a big win. Stirling is expected to repeat his heroics against the out-of-form Worcestershire.

Danny Briggs’ spells have been delivered at a good economy of 6.16. He has seven wickets to his name in three games. He recorded 3/21 in his spell after Stirling’s heroics to win the opening fixture for his side, thereby winning the match by a whopping 125 runs by the DLS method.

Also Read: T20 Blast 2022: YOR vs DUR Match Prediction – Who will win the match between Yorkshire and Durham?