T20 Blast 2022: SOM vs GLA Match Prediction – Who will win the match between Somerset and Glamorgan? 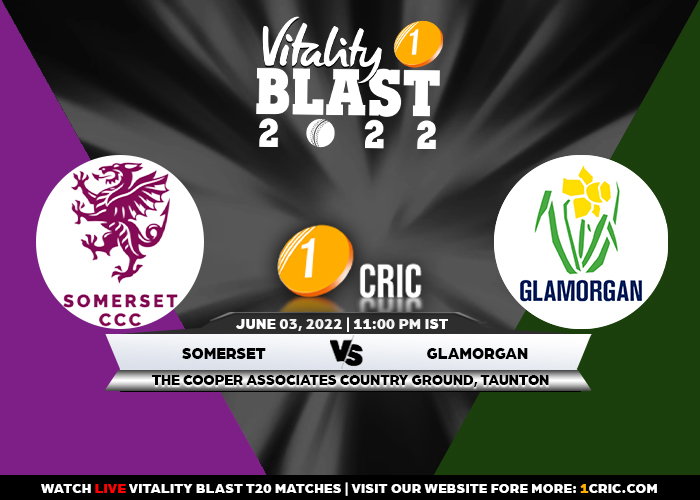 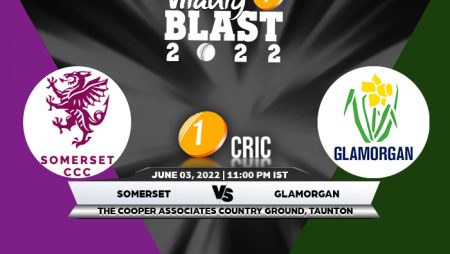 T20 Blast 2022: SOM vs GLA Match Prediction – Who will win the match between Somerset and Glamorgan? Somerset would like to get back on track after their defeat to Glamorgan.

Somerset will face Glamorgan in the South group of T20 Blast 2022 on June 3 at the Cooper Associates County Ground in Taunton. So far in the current season, both teams have delivered contrasting results. While one team has dominated the proceedings thus far, the other has been inconsistent.

Somerset is comfortably second in the South group standings, with three wins from four games and six points to their name. A win here would help Somerset dethrone Middlesex and take the top spot. In the previous game, they were defeated by Sussex by 47 runs.

Glamorgan, on the other hand, are seventh in the table with one win and two losses from three games. They only have two points with a negative NRR of -0.034. In their previous game, they were defeated by table-toppers Middlesex by four wickets.

The surface at Taunton will be excellent for batting, with the ball coming nicely onto the bat and allowing batters to play impactful knocks once they get going. The bowlers will have no choice but to ensure that their lines and lengths are accurate. A run-fest is almost certainly on the cards. As a result, the captain who wins the toss will bowl first.

The spotlight will be back on Rilee Rossouw, who took care of Somerset’s 216-run chase against Sussex in the previous game. He fought alone even when Somerset lost wickets at regular intervals, and he ended up scoring 74 runs off 29 deliveries at an outstanding strike rate of 255.2, propelling his side to a respectable score of 169. The South African batter is now expected to deliver a match-winning performance.

In Somerset’s last game against Sussex, Josh Davey was the bowler of choice. Despite the fact that all of the bowlers were expensive as Sussex posted a total well in excess of 200, Davey applied some brakes with some good bowling, finishing with figures of 3/45 from his four overs. He would now like to improve his performance and, more importantly, maintain a positive economic rate.

Also Read: T20 Blast 2022: SUS vs MDX Match Prediction – Who will win the match between Sussex and Middlesex?