T20 Blast 2022: HAM vs SUS Match Prediction – Who will win the match between Hampshire and Sussex? 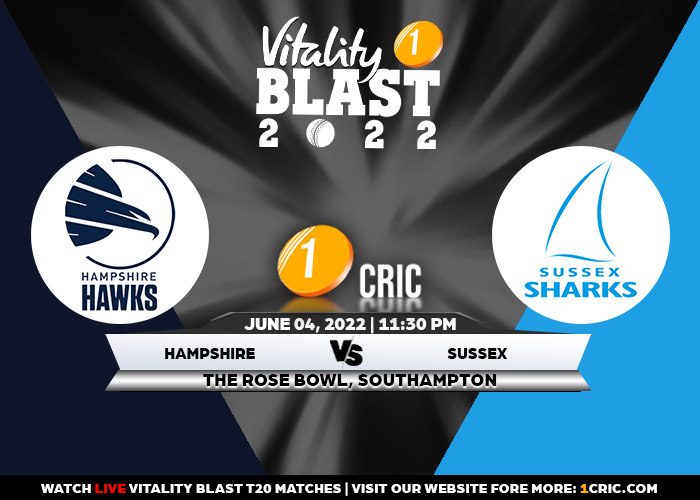 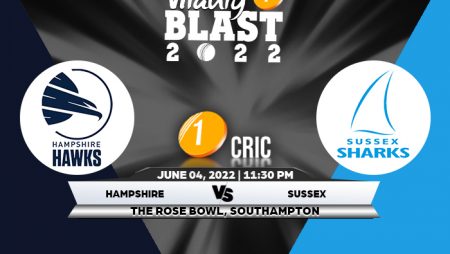 T20 Blast 2022: HAM vs SUS Match Prediction – Who will win the match between Hampshire and Sussex? Hampshire have yet to play in the T20 Blast this season.

The Hampshire will look to open their account in this year’s T20 Blast when they face Sussex in their next match at The Rose Bowl in Southampton. Hampshire are currently at the bottom of the South Group points table. They are still winless after four games. They will try to end their losing streak by winning this game at home.

Sussex, on the other hand, has only won two of four matches so far. They currently sit seventh in the South Group points table. With four points, their net run rate (-0.039) is the lowest of the four teams. As a result, they will strive to improve by not only winning this match, but also winning by a large margin.

This will be a batting-friendly surface, with both teams finding it easy to bat at any stage of the game. The pacers, on the other hand, will have an advantage with the new ball in the powerplay overs.

The Australian batter is coming off a match-winning 70-run knock off 43 balls against Somerset. He batted with a strike rate of 162.79, contributing to a massive total of 216 runs. He has 119 runs scored at an average of 29.75 in four innings. In this match, Sussex will be hoping for another match-winning knock from him.

Following a successful IPL season with the Rajasthan Royals, Obed McCoy began this tournament with a five-wicket haul against Somerset. In that game, he allowed only 33 runs in four overs at an economy of 8.25. Sussex will be hoping that he can continue his magical spells and wickets throughout the tournament.