T20 Blast 2022: GLA vs ESS Match Prediction – Who will win the match between Glamorgan and Essex? 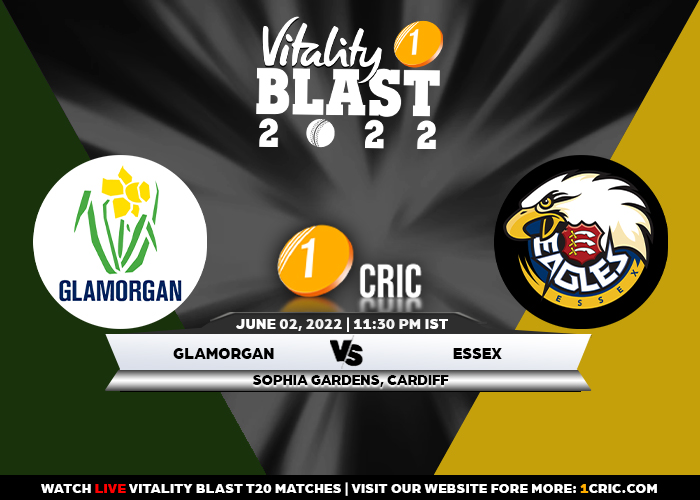 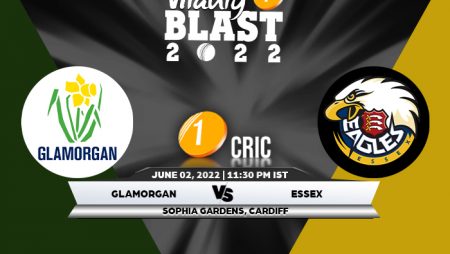 T20 Blast 2022: GLA vs ESS Match Prediction – Who will win the match between Glamorgan and Essex? Essex are coming off a victory in their previous match.

Glamorgan is set to face Essex in their upcoming T20 Blast 2022 match at the Sophia Gardens in Cardiff. With only one win in their previous three games, Glamorgan will be hoping to gain the upper hand in this game and regain their form. Glamorgan has won two of their last three meetings with Essex.

Essex, on the other hand, has won two of their three matches thus far and is coming off a victory over Hampshire. While Glamorgan is fifth in the South Group points table with two points, Essex is only one point ahead of them in fourth place with four points.

Also Read: MS Dhoni is in legal trouble after a FIR was filed against him at a Bihar police station.

Matthew Critchley is in good form for Essex, having scored 123 runs in three games at an incredible average of 61.50 and a strike rate of 168.49. In the previous game against Middlesex, he scored an unbeaten 45*(24) to help his side win thanks to his brilliant partnership with Michael-Kyle Pepper.

Michael Hogan has already taken nine wickets in three games and is the leading wicket-taker. No other bowler can compete with him. He picked up a five-wicket haul against Surrey, recording 5/18 during his spell, but his efforts were in vain as Glamorgan were defeated.

Also Read: T20 Blast 2022: SUR vs HAM Match Prediction – Who will win the match between Surrey and Hampshire?