T20 Blast 2022: DUR vs YOR Match Prediction– Who will win the match between Durham and Yorkshire? 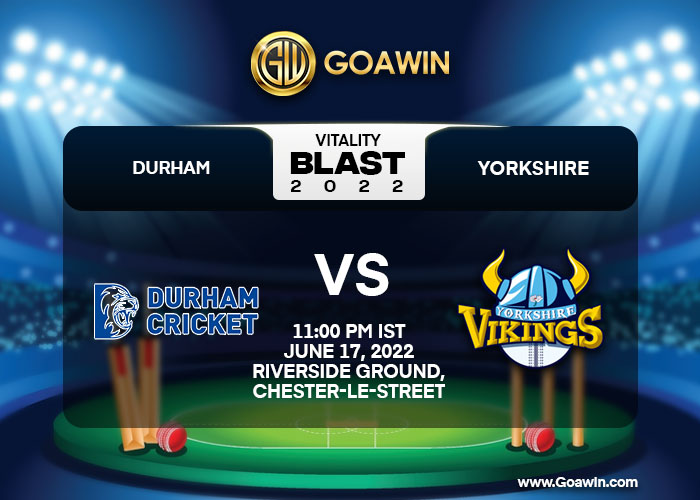 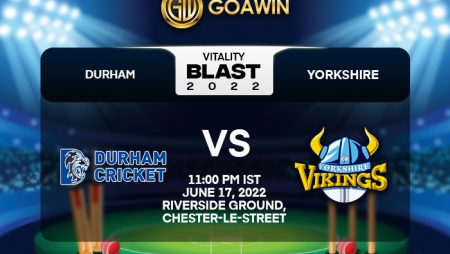 T20 Blast 2022: DUR vs YOR Match Prediction– Who will win the match between Durham and Yorkshire? Both sides won their previous encounters.

Durham will face a strong Yorkshire side in their next T20 Blast 2022 North Group match on June 17 at the Riverside Ground in Chester-le-Street (Friday). In terms of standings in the points table, Yorkshire are currently fourth with four wins in eight matches, while Durham are seventh.

Durham will face a strong Yorkshire side in their next North Group T20 Blast 2022 match on June 17 at the Riverside Ground in Chester-le-Street (Friday). Yorkshire are currently fourth in the points table with four wins in eight matches, while Durham are seventh.

While Yorkshire defeated Warwickshire by ten wickets in their previous match, Durham defeated Lancashire by just two wickets. Both teams are having an average tournament and will be looking to put up some consistent performances in order to move up the points table.

Both batters and bowlers have benefited from the pitch at Chester-le-Street. Strike-making has been difficult, especially against spinners. After some time at the crease, the batters can look to take on the bowlers. The captain who wins the toss may choose to bowl first.

Opening batter Adam Lyth hit an excellent fifty in his last outing against Warwickshire, helping his team to a comfortable victory. The left-handed batter will look to maintain his good form and get his team off to a fast start in the next game.

Andrew Tye, an Australian pacer, is currently in good form in the tournament. In the previous match, the right-arm pacer took three crucial wickets for his team and conceded only 29 runs in his four-over quota. Tye will also want to replicate his performance against Yorkshire’s strong batting lineup.

Also Read: T20 Blast 2022: SUR vs MID Match Prediction– Who will win the match between Surrey and Middlesex?