Suryakumar Yadav Scores 50 Against Australia, Reminds Me of MS Dhoni 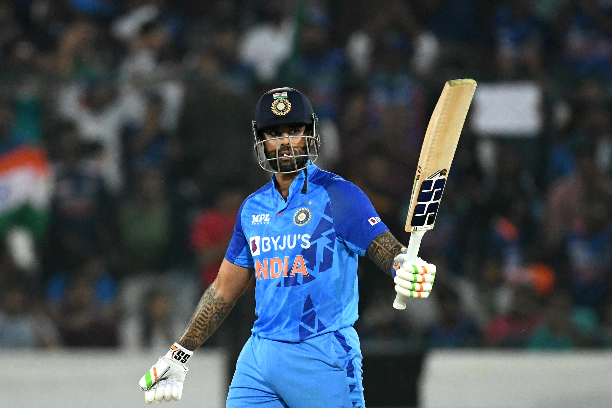 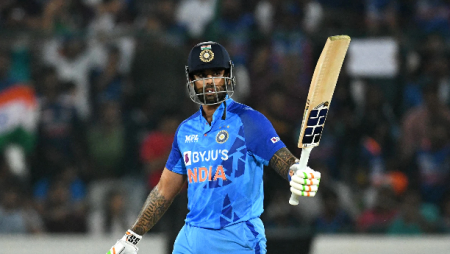 Suryakumar Yadav Scores 50 Against Australia, Reminds Me of MS Dhoni. Yadav’s brilliance shone through once more on Sunday, when he smashed 69 off 36 balls in the third T20I against Australia.

Suryakumar Yadav will be an important player for India in the T20 World Cup in 2022. He is currently rank third in the world in T20Is and bats at No. 4 in the Indian middle order. The star’s brilliance was on display once more on Sunday, when he smashed 69 off 36 balls in the third T20I against Australia. He had five sixes and five fours in his inning. He reached 50 runs off 29 balls when he hit Adam Zampa for a six in the 13th over. Moreover, It was a flawless helicopter shot that demonstrate Suryakumar’s skill.

In terms of the game, Cameron Green (52) scored first and Tim David (54) provided the finishing touch as Australia posted 186 for six after being invited to bat. Axar Patel (3/33) took three wickets on a pitch that offered grip and turn, while also executing a sensational run out. Yuzvendra Chahal (1/22) was also in his element, bowling a cost-effective spell.

India needed 96 with eight wickets in hand at the halfway point.

Suryakumar quickly reached fifty as the duo scored 15 off Adam Zampa’s 13th over.

Kohli, on the other hand, kept going, hitting Pat Cummins for a six in the next over. In 36 balls, he brought his first fifty of the series. India completed the task in 19.5 overs.

Also Read: Sandeep Lamichhane of Nepal says he will return home after being charged with sexual assault.