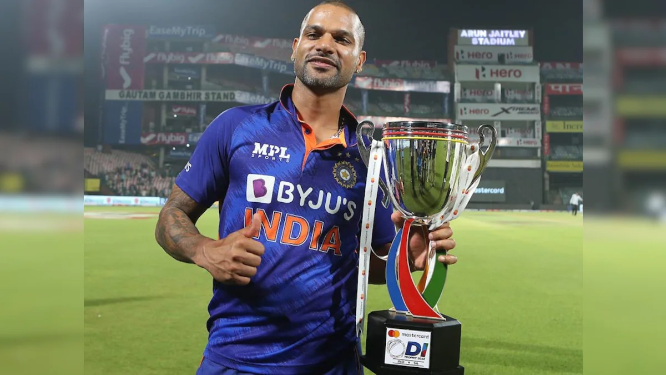 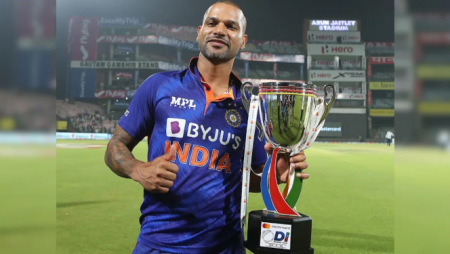 Shikhar Dhawan Remove As Captain For Zimbabwe Series. Minute Shikhar Dhawan was asked how he felt when he was unexpectedly removed as captain for the Zimbabwe series ahead of the first ODI against New Zealand.

In Rohit Sharma’s absence, left-handed hitter Shikhar Dhawan will head the side. Dhawan will captain the side for the third time in 2022, having previously captained during the West Indies ODI series and the home ODI series against South Africa. It is worth noting that the batter was named captain for the Zimbabwe series as well, but at the last minute, KL Rahul returned to the side after recovering from his injury, and he was named captain.

Also Read: Mohammad Siraj on his four-wicket haul against New Zealand: I Like To Bowl Hard Lengths

“You’ve posed an excellent question. I feel myself lucky to be given the opportunity to captain the side at this point in my career. It gives me a wonderful feeling and is a challenge. We won a solid series with a youthful team. When it comes to the Zimbabwe tour, KL Rahul is the vice-captain of our main squad, and when he returned, I was aware that he had to attend the Asia Cup. If Rohit had been injured during the Asia Cup, KL may have been asked to take over as captain. So it was preferable that he practiced throughout his Zimbabwe visit “During a pre-match news conference, Dhawan stated.

“I was not injured. Whatever occurs, I believe, happens for the best. The selectors and team management gave me the opportunity to captain the team for the South Africa series. I’m never unhappy, “He continued.

How having choices like himself, Rohit Sharma, and KL Rahul to open may be an issue for the squad “For a while now, we’ve been doing well. At the same time, speaking of myself, I must continue to perform. I know it will be beneficial to me unless I execute. It keeps me on my toes while also keeping me hungry.”

When asked how he keeps his mental health in top form in this social media age, Dhawan replied: “Trolling occurs on social media. We’re used to it now; clever people understand how to use social media. They are aware that if they do not perform, there will be a lot of chatter on social media. It is entirely dependent on our performance. There is no need to investigate it if you already know it. That’s how I handle it.”

Also Read: The first game will be played in Dubai on January 13 for the inaugural ILT20.