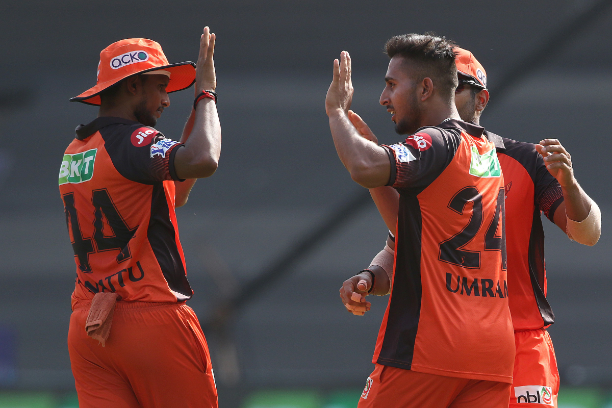 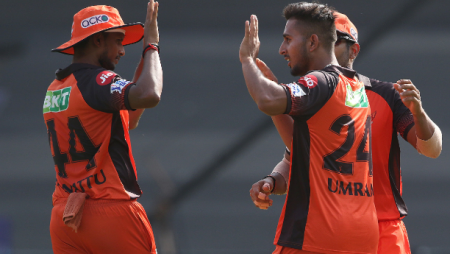 SunRisers Hyderabad started slowly in the Indian Premier League (IPL) 2022 season. But have come back with all guns blazing, winning four consecutive games. The pace attack of Bhuvneshwar Kumar, T Natarajan. Umran Malik, and Marco Jansen has been a big part of their success. Former India batter Sanjay Manjrekar praised the team’s pace attack. Saying it had a lot of variety, which allowed them to do well because they could use different approaches to ensure the opposition didn’t run away with the game.

The pacers, particularly Bhuvneshwar Kumar and Umran Malik. Shine in SRH’s most recent victory over Punjab Kings at the DY Patil Stadium on Sunday.

Manjrekar told ESPNcricinfo during the mid-innings break after SRH bowled PBKS out for 151: “We have a lot of attacks and a lot of quality in the IPL, but SRH has Bhuvneshwar Kumar, who bowls slowly but wisely. They have Natarajan, who will get you wickets in all phases, and then they have Umran Malik, who will only get you wickets with pace. In comparison, Marco Jansen had a slightly off-day, but he adds another type of variety.”

“So not only is there quality, but you saw the different ways in which those fast bowlers stay in the game constantly,” he continued.

He also praised Kane Williamson’s captaincy and use of pacers, particularly giving difficult overs to the more experienced Bhuvneshwar Kumar and Natarajan while allowing the young Malik to shine without pressure.

“Kane Williamson has been outstanding against pace bowlers. Natarajan bowled the fifth, then the 14th, 16th, and 18th overs. Those are the crucial overs in which the gamecan go either way “He stated.

“Intriguingly, Bhuvneshwar Kumar bowled the first and third overs before bowling the 17th and 19th. The tough overs have been given to experience guys, while this young sensation allow to blossom “Manjrekar explain.

SRH then chased down the target with seven deliveries and as many wickets to spare, moving them up to fourth place in the IPL 2022 points table.

Also Read: I enjoy my debut game for Sussex and was happy to contribute: Cheteshwar Pujara