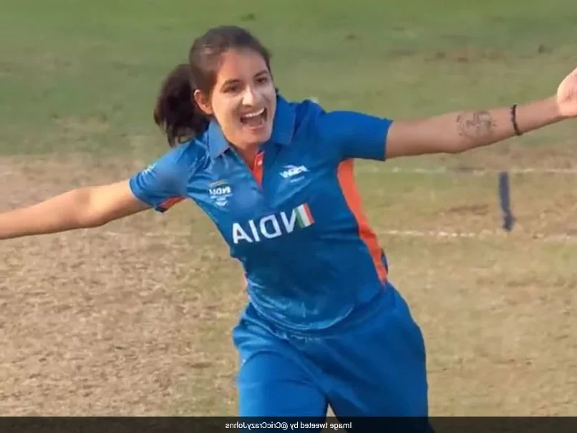 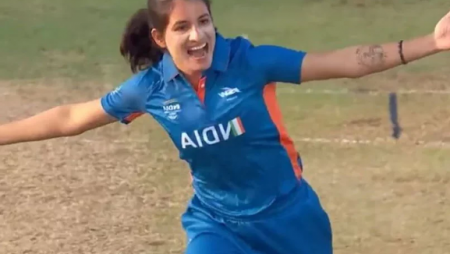 Renuka Singh’s Perfect Inswinger Dismisses Barbados Batter. Renuka hit Alleyne for a duck on the final ball of the fifth over. She also fired Dottin, Hayley Matthews, and Kycia Knight.

Renuka Singh’s four-wicket haul helped Team India defeat Barbados by 100 runs in the Commonwealth Games women’s T20 cricket Group A match on Wednesday. This victory helped Harmanpreet Kaur’s team advance to the semi-finals. After scoring 162, India bowled Barbados out for 62 runs. Apart from all of these victories, Renuka’s inswinger to dismiss Aaliyah Alleyne caught everyone’s attention. Renuka threw an inswinger towards Alleyne in the fifth over of Barbados’ batting innings, leaving the batter perplexed.

The ball nipped back with the angle, and for some strange reason, the Barbados batter chose not to offer any shot. Renuka went on to take four wickets in the match, and she had previously taken four wickets against Australia.

Invited to bat, India posted a competitive 162 for 4 thanks to Jemimah Rodrigues’ unbeaten half-century (56 not out off 46 balls) and opener Shafali Verma’s 26-ball 43. The Indians then restricted Barbados to 62 for 8 in 20 overs, with Renuka impressing with an impressive spell. Harmanpreet Kaur, Sneh Rana, Meghna Singh, and Radha Yadav all had one wicket each.

Kyshona Knight led Barbados in scoring with 16, while Shakera Selman had 12. Seven of their batters failed to reach double figures. In an earlier match, Barbados were dismiss for 64 in a nine-wicket defeat to Australia.

Kyshona Knight led Barbados in scoring with 16, while Shakera Selman had 12. Seven of their batters also failed to reach double figures. In an earlier match, Barbados were dismissed for 64 in a nine-wicket defeat to Australia.

India finished second in Group A with four points from two wins, trailing Australia (6 points from three matches). They had previously defeated Pakistan and lost to Australia. On Saturday, the semifinals will be played.

Also Read: Cricket will be considered for inclusion in the 2028 Olympics in Los Angeles, according to a report.