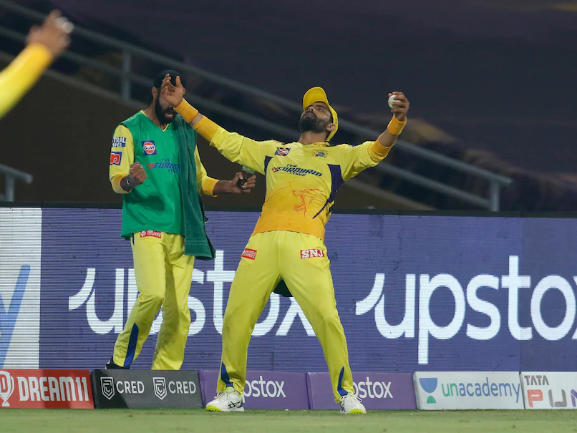 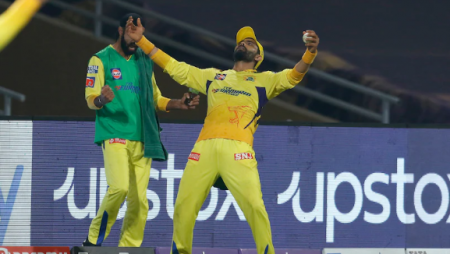 For a brief moment during Tuesday’s high-scoring thriller between CSK and RCB. It appeared Dinesh Karthik would do the impossible and take the game away from Ravindra Jadeja’s team. Leaving them winless after five matches in the Indian Premier League (IPL) 2022. With the target set at 217 and the top order falling early, RCB were looking at a steep chase, but Karthik – in the form of his life – looked to be playing another blinder to lead RCB to an unlikely win.

CSK, on the other hand, held their nerves, and captain Jadeja took a fine catch in the deep to end Karthik’s blitzkrieg in the 18th over.

The RCB wicketkeeper-batter attempted to swat Dwayne Bravo over midwicket but was unable to clear Jadeja in the deep.

The CSK captain has a safe pair of hands, and he held on comfortably before pulling out a celebration that showed his relief at finally securing a win this season.

Jadeja, who was appointed captain of the franchise just two days before the season began, has had a difficult start, with CSK losing their first four matches.

So it was no surprise that he exuded relief when he made the catch that all but ensured their victory.

Then, Maheesh Theekshana took four wickets, while Jadeja took three, as CSK recorded their first win of the season.