“Pull out of the IPL” Shastri advises Virat Kohli. 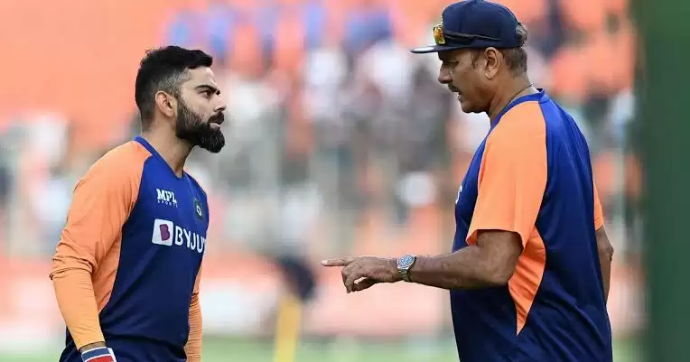 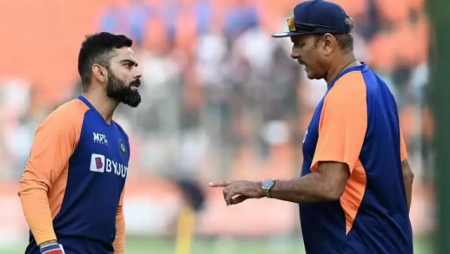 “Pull out of the IPL” Shastri advises Virat Kohli. Former Team India head coach Ravi Shastri has reiterated that Virat Kohli needs to take a break to clear his mind.

Virat Kohli, the Royal Challengers Bangalore batter, is having a rough patch in the ongoing Indian Premier League (IPL) season, with only 128 runs in nine games. In games against the Lucknow Super Giants and SunRisers Hyderabad, the batter was dismissed for a golden duck, and he only managed a score of 9 against the Rajasthan Royals. Former Team India head coach Ravi Shastri has reiterated that Kohli needs to take a break to clear his mind.

“I believe a break is ideal for him because he has played nonstop cricket and has captained the team in all formats. It would be prudent for him to take a break. You know, there are times when you have to strike a balance. He is already in the tournament (IPL 2022) this year; tomorrow, if you want to extend your international career and make a mark there for 6-7 years, pull out of the IPL for all you care “On Jatin Sapru’s YouTube channel, Shastri stated.

Shastri advises Virat Kohli: “a break is ideal for him”

“If that’s the case, you’ve been playing for 14-15 years. I’ll tell that to any player, not just Virat. If you want to play and do well for India, you have to draw the line where you want to take that break, and the ideal break would be off-season when India is not playing, which is the only time India does not play. Sometimes you have to do that or tell the franchise that you’ll only play the first half. It’s as simple as that: pay me half. Those difficult decisions must be made if you are to reach the pinnacle of your career as an international player “He continued.

Shastri also stated that Virat Kohli has his best cricket ahead of him and that the batter needs to “literally start from scratch.”

“Virat is still young, with at least 5-6 years ahead of him. He would have realized what he has been through in the last few months. He understands that he must return to the drawing board in terms of how he thinks and approaches problems, and that he must literally start from scratch. Many players have gone through this in the past. You mentioned first ball out, and to be honest, I wouldn’t be concerned from the outside. As a player, I’ve rarely been in if I don’t get out first ball. It’s when you get in and throw it away that it’s the most disappointing. When he gets in, it’s up to him to make the most of it “said Shastri

Kohli’s last international century came in a day-night Test against Bangladesh in 2019, and the three-figure mark has eluded him ever since.