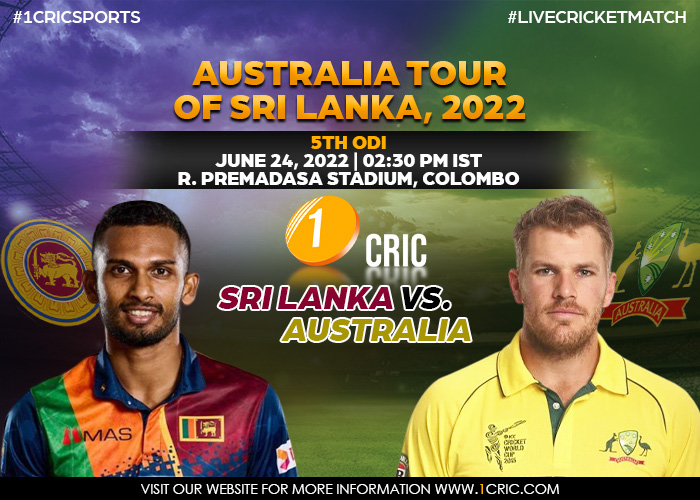 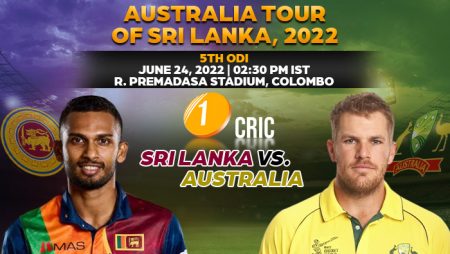 After winning the series in the previous match, Sri Lanka will want to completely dominate and win the fifth ODI series match as well. The final One-Day International (ODI) match between Sri Lanka and Australia will be play on June 24 at the R.Premadasa Stadium in Colombo (Friday).

The visitors lost their previous match despite holding Sri Lanka to only 258. The home team, on the other hand, bowled with disciplined lines and lengths, chipping away at wickets at regular intervals. It remains to be seen whether Australia can win the series finale before turning their attention to Test cricket.

As evidenced by the fourth match, the pitch at R Premadasa Stadium has become difficult for batting. The spinners are benefiting from the wicket, and scoring against them has been difficult. Both teams may try to be aggressive during field restrictions and score as many runs as possible with the new ball. The captain who wins the toss may elect to bat first.

Pocket-dynamite from Australia During the fourth ODI, David Warner was the only batter who appeared to be at ease. The left-handed batter hit a perfect 99, but his team was unable to win the game. Warner is at ease against both spin and pace and will look to make an impact in the final ODI.

Dunith Wellalage, a left-arm spinner, has bowled well in the 50-over series. The 19-year-old has six wickets at an average of 26.50 in four matches. He also took Mitchell Marsh’s wicket in the previous match and is currently ranked second in the series for most wickets.

Also Read: After being dismissed in a warm-up game, Virat Kohli questions the umpire.