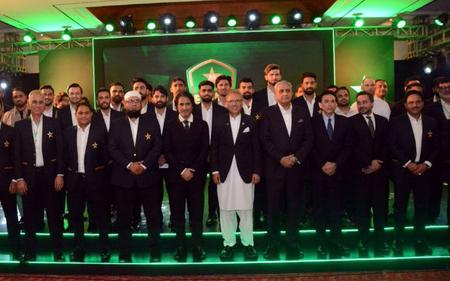 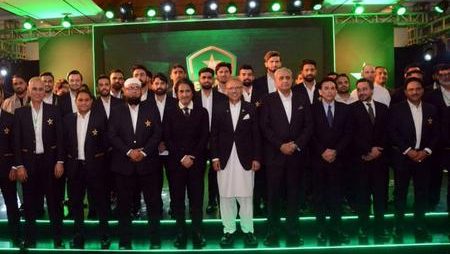 Pakistani squad gets praised by General Qamar Javed Bajwa – ‘Made the country proud by leaving the multi-billion dollar teams behind’. In the title game of the T20 World Cup 2022, England beat Pakistan.

Unfortunately, Pakistan reached the T20 World Cup 2022 final, where they fell to England at the Melbourne Cricket Ground. Notably, the squad coached by Babar Azam did not have the best tournament start after losing to India and Zimbabwe in the Super 12 round, and their path to the knockout rounds seemed to be quite challenging.

In contrast, a determined Pakistani team gave everything it had in the remaining games to advance to the championship game. General Qamar Javed Bajwa, the outgoing Chief of Army Staff (COAS) of Pakistan, met the players at a reception held by the Pakistan Cricket Board and praised them for their “fighting spirit.”

Also present at the conference was President Dr. Arif Alvi, who highlighted Pakistan.

“lived up to its reputation as being unpredictable. They have made the country proud by beating the best teams on their way to the Word Cup final.”

Read also: 16 players will make up Sri Lanka’s team for the ODI series against Afghanistan.

Shadab Khan is among the top T20 players currently playing, and Bajwa praised the bowlers for giving their all in low-scoring matches.

“I believe that there is no better T20 player than Shadab Khan who has every trick up his sleeves, required for a quality T20 player,”

“Made the country proud by leaving the multi-billion dollar teams behind by reaching the final. The bowlers gave their heart out in face of a low target which was exciting to watch,”

Bajwa also praised the squad for persevering in the face of setbacks and showed his admiration for Babar Azam’s courageous leadership.

“Once you lose, you should have the courage to accept your defeat. The one who does not learn from his mistakes could not be called a true leader.”