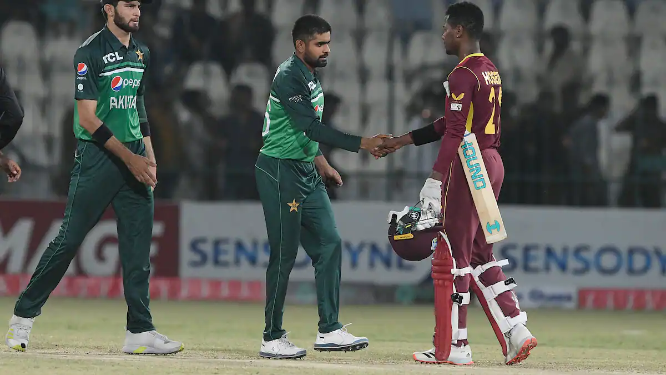 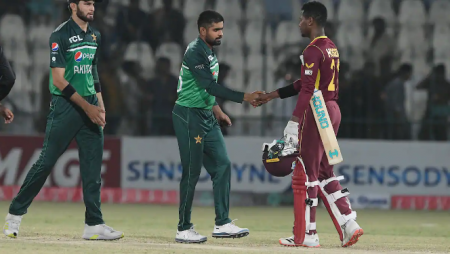 Pakistan skipper Babar Azam scored his ninth consecutive fifty-plus score in all formats. As the hosts cruised to an unassailable 2-0 lead in the three-match ODI series against the West Indies in Multan. After smashing a match-winning hundred in the first ODI. Babar scored 77 off 93 balls with five boundaries and a six. He did, however, cost his team five runs in the field due to an unusual turn of events during West Indies’ chase. In the 29th over, Babar seen picking up one of the wicket-keeping gloves and using it to pick up the ball behind the stumps.

PAK vs WI: Why Pakistan receive a five-run penalty against the West Indies?

The on-field umpire ruled that Babar’s action was illegal, and as a result, the West Indies’ total was increased by five runs.

Cricket Laws – 28.1 Protective equipment – “Other than the wicket-keeper, no fielder may wear gloves or external leg guards. Furthermore, hand or finger protection may be worn only with the permission of the umpires “.

The incident, however, had no significant impact on the outcome of the match. Pakistan won the second ODI by a score of 120 runs.

Pakistan scored 275 for eight after electing to bat, thanks to Babar’s 77 and opener Imam-ul-72-run Haq’s knocks.

West Indies were eventually bowled out for 155 after losing wickets at regular intervals.

On Sunday, June 12, the third and final ODI will be played at the same venue.