On his first practice session in Australia, Suryakumar Yadav remarked, “There were butterflies and there was exhilaration” 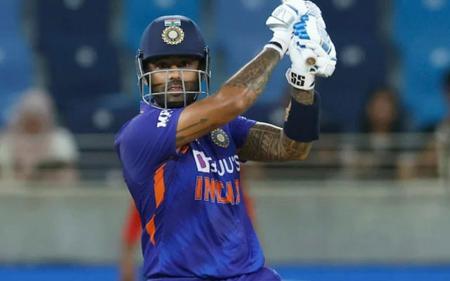 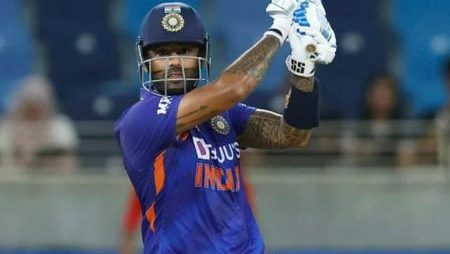 On his first practice session in Australia. Suryakumar Yadav remarked, “There were butterflies and there was exhilaration”. Before playing warm-up matches against New Zealand and Australia, India will play two practice matches versus Western Australia.

The Indian team arrived in Australia on Thursday for the upcoming T20 World Cup later this month. Rohit Sharma’s team will play two practice matches. That against Western Australia before facing New Zealand and Australia in the warm-up matches. Suyrakumar Yadav, who is competing in his maiden World Cup. He expressed his delight about playing in Australia in the newest video issued by the BCCI.

Suyrakumar Yadav’s potential was well known, but the erratic batter has elevated his game to an amazingly outstanding level in the previous year. He enters the ICC major event as India’s top hitter, rated second in the world in the game’s shortest format.

Before his first practice session in the nation ahead of the ICC mega event, the 32-year-old expressed his enthusiasm about playing on such a large platform and took a look around the stadium. Suryakumar examined the conditions throughout his practice session because Australian pitches are noted for their high bounce and carry.

“I was really looking forward to coming here and attending the first practice session, going on the ground, having a walk and run, and feeling what it is like here. The first net session was also amazing. Just wanted to feel how the pace of the wicket is, how the bounce is.”

Obviously, starting a little slow. There were butterflies, and there was excitement, at the same time, you also need to see how you bring yourself into this atmosphere. I am excited but at the same time, it is important to follow your routines,”

It is critical to establish your strategy for scoring runs on these wickets: Yadav, Suryakumar

Aside from the bounce on the Australian pitches, one of the most noticeable contrasts between the subcontinent locations is the larger size of the grounds. The Indian hitter added that it was critical to adjust and prepare for the various settings in the country, which may be difficult for batters at times.

“At the time of the practice, I feel, the bounce on the wicket, the pace of the wicket and people talk about ground dimensions in Australia. It is important to ready your game plan on how to score runs on these wickets. All these things are very important. Good conditions, really looking forward,”

Read also: I’m scoring runs and putting in a lot of effort, but I’m not getting a chance: Shaw, Prithvi