On completing games, Riyan Parag – ‘Only MS Dhoni has mastered it and I am doing it at such an early stage in my career’ 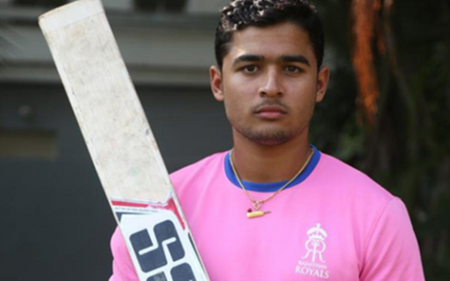 The Rajasthan Royals management has continued to have trust in Riyan Parag. Despite the cricketer from Assam not living up to expectations in the previous two Indian Premier League seasons. By signing him for yet another year.

The 21 year old, who often bats at six or seven, scored 183 runs in 17 matches during the previous iteration of the prestigious competition with a strike rate of 138.64. He is also a talented bowler who performed well with the ball when he was an U19 player. He only bowled four overs at IPL 2022, but he was quite expensive since he gave up runs at an alarming rate of 14.75.

Despite the fact that he hasn’t been producing the runs for his franchise, Parag is now confident in his skills and has even drawn veiled comparisons to the legendary MS Dhoni.

“It’s the tougher job in T20 cricket, to just come in and slog. Numbers six and seven are the hardest places to play in T20 cricket. Only some of the guys have mastered it. Not even some, I’ll just say only MS Dhoni has mastered it and no one else has.

“And I am doing it at such an early stage in my career. Not even master it, I am just getting to close to knowing what it all feels like – I am just sorting my way through it. So people can just talk whatever they want, but I know how hard a job it is and my team believes in me,”

The administration of the Rajasthan Royals has supported Parag from the outset. The franchise offered him several opportunities and purchased him back in 2022 for INR 3.80 crore, but he was unable to take use of them. Despite this, the RR management decided to keep him, and the 21-year-old explained why.

Although Parag feels that the only criteria used to evaluate him are the figures, the Royals management is aware of the harm he might cause. In the subsequent IPL season, he plans to make a strong comeback.

“I think it’s very simple for me. The message is always clear: they believe in my abilities. 90 percent of the people don’t see what’s going on inside the team, how I am performing in practice matches, what I am doing. Everyone just sees the end product, which has been a bit rough for me. So everyone judges me on that,”

“But the whole Royal family knows what I am capable of and what I have done in practice or even shown glimpses of it in matches. So the belief has always been there. They have backed me for four years. This is my fifth year now and I hope to repay them soon,”

Read also: Kotak and Troy Cooley tour with India A to Bangladesh