Nicholas Pooran resigns as the T20 and ODI captain for the West Indies. 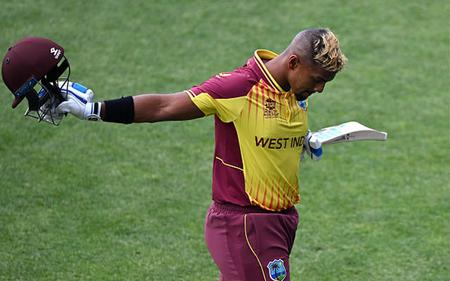 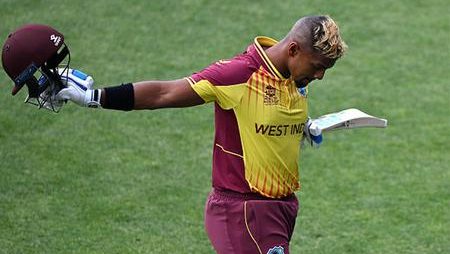 Nicholas Pooran resigns as the T20 and ODI captain for the West Indies. In May 2022, Pooran was appoint the official white ball captain.

West Indies batsman Nicholas Pooran has opted to step down as team captain and has submitted his resignation. Despite being hand the job on May 4, 2022, the team has performed poorly under his leadership. West Indies, the reigning T20 World Cup winners, lost the bilateral series against other teams. And as a result, they were unable to move on to the Super 12 round.

Cricket Following the team’s exit from the international competition. West Indies stated that the board will take some audacious measures. And do a full post mortem of the team’s conditions. Phil Simmons, the head coach of West Indies, made the decision to resign after his squad. It was oust from the competition following their Test series against Sri Lanka.

“I have given the captaincy a great deal of thought since the enormous disappointment of the T20 World Cup. I took on the role with great pride and dedication and have given it absolutely everything over the past year. The T20 World Cup is something that must not define us and I will readily get involved in the upcoming reviews. And whilst it will be several months until we reconvene as a squad, I want to give CWI plenty of time to prepare for the matches against South Africa in March and beyond,”

“This is not me giving up. I remain ambitious and still view the captaincy of West Indies cricket as an honour that is bestowed upon you. There is no doubt I remain fully committed to West Indies cricket and I look forward to providing my services as a senior player in a supportive role. By stepping down now as the West Indies white ball captain I believe it is in the best interests of the team and for me personally, as I need to concentrate on what I can deliver to the side as a player. I desperately want us to be successful and the most value I can give to the team is through fully focusing on the role of consistently scoring runs at crucial times,”

Read also: Dinesh Karthik said – “I would love to see Sanju Samson instead of Suryakumar Yadav in 3rd T20I against New Zealand”

Pooran was pick to take over as captain when Kieron Pollard retired from all forms of international cricket. Last year, Pooran led the group to a 4 over 1 T20I series triumph against Australia while Pollard was out of the picture. In a total of 17 ODIs and 23 T20Is, Pooran led the team. And under his leadership, the team defeated Bangladesh ODI, 3 over 0 and the Netherlands T20I, 2 over 0.

“I am very thankful to CWI for the opportunity and faith shown in me and for the support that I have received by our devoted fans since taking the role, and to my teammates who have worked so hard as well. I know we have it in us to carry West Indies cricket forward and be proud,”

“On behalf of CWI, I want to thank Nicholas for his time leading our white ball teams. Having spoken with him I know he remains fully committed to West Indies cricket and I am convinced he has a big role to play in our future,”

Read also: “It just snapped,” Glenn Maxwell explains how he broke his leg.