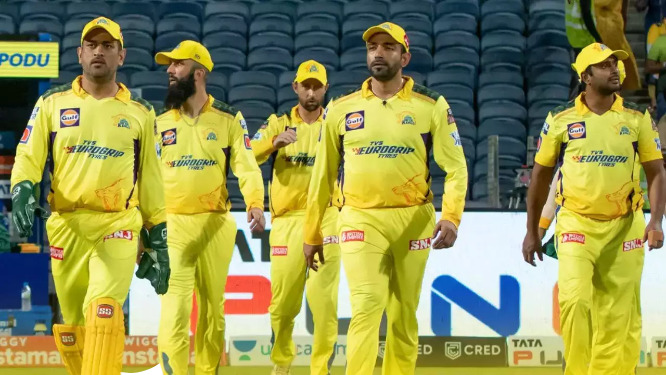 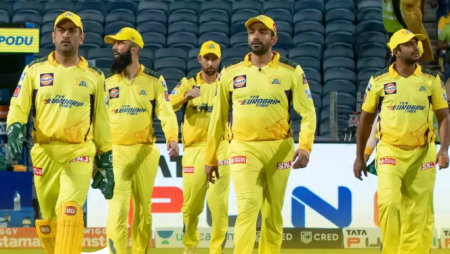 MS Dhoni is not known for losing his cool under pressure. However, during Chennai Super Kings’ Indian Premier League (IPL) 2022 match against Delhi Capitals on Sunday, the CSK captain was irritated by his team’s sloppy fielding. Shardul Thakur attempted a second run off a Maheesh Theekshana delivery in the 15th over of DC’s chase against CSK. Mukesh Choudhary, the fielder, collected the ball and threw it to the non-end. striker’s The throw was poor, but it would have run out Kuldeep, who was far from the crease. However, Theekshana was also not in a good position to catch the ball. And this did not sit well with Dhoni.

Watch: MS Dhoni is furious after Theekshana misses an easy run out.

The match was won by Chennai Super Kings (CSK) by 91 runs over Delhi Capitals (DC). DC were bowled out for 117 in 17.4 overs while chasing a target of 209 runs, with Moeen Ali taking three wickets in four overs. Mukesh Choudhary and Dwayne Bravo each took two wickets.

“They outperformed us in every department. The only thing we have to look forward to are the next three games. We should qualify if we win them “DC captain Rishabh Pant stated during the post-match presentation ceremony.

There was some uncertainty about whether the match would be played because one of their net bowlers had tested positive. It was discovered that DC had decided to isolate the player and another bowler who shared the room with him.

“There are flu and COVID cases, and there is a lot going on,” Rishabh Pant said, “but we are not using that as an excuse.”

The Delhi Capitals will now face the Rajasthan Royals on Wednesday, and given the Royals’ current form, the Capitals will have to come up with something special.

“All we can do is be more positive and proactive; we need to be in a good frame of mind and make good decisions,” Rishabh Pant said.

With five wins in 11 games, the Delhi Capitals are fifth in the points table. Their next three games against the Rajasthan Royals, Punjab Kings, and Mumbai Indians will be crucial.

Also Read: Match 56: IPL 2022 MI vs KKR Prediction for the Match – Who will win the IPL Match Between MI and KKR?