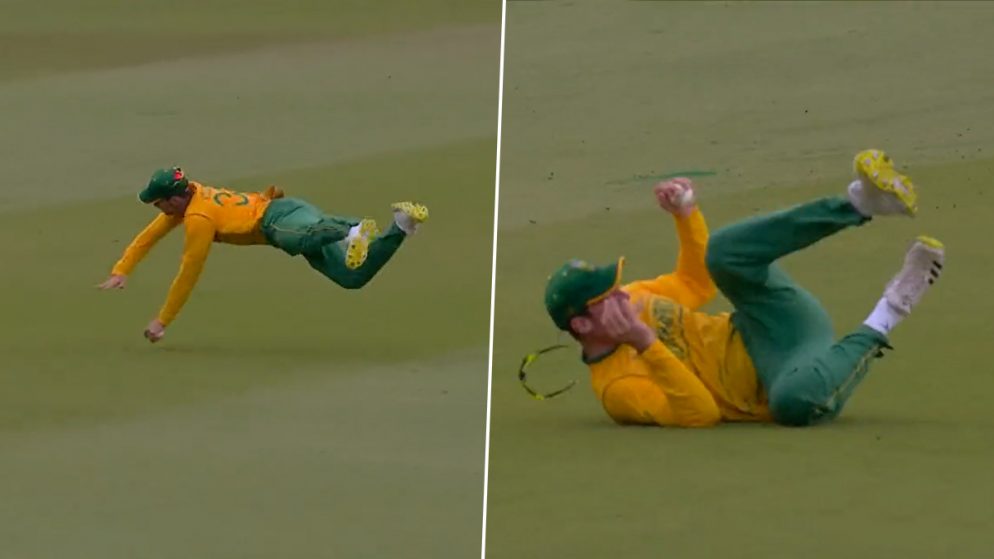 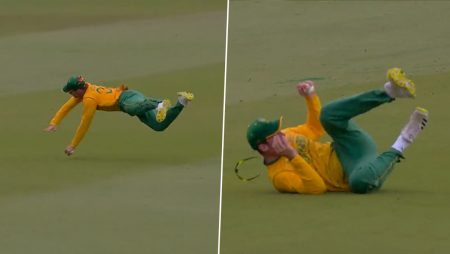 Moeen Ali dismissed in the third T20I by Tristan Stubbs’ one-handed diving feat. Tristan Stubbs took a brilliant catch to dismiss Moeen Ali on the final ball of the tenth over.

Jos Buttler’s captaincy reign in white-ball cricket has not started well, with England losing the three-match T20I series to South Africa. The Three Lions lost the decider by 90 runs after failing to chase down 192 runs. The game, however, would be remembered for one of the most spectacular catches by Tristan Stubbs in England’s 10th over.

Aiden Markram held the ball, and on the final ball of the over, Stubbs hit a left-handed stunner, diving full length to his left. Ali closed the face of his bat, resulting in a leading edge. The ball was in the air, and Stubbs had just pulled off a blinder.

In the third Twenty20 International between England and South Africa, the latter batted first and posted 191/5 in 20 overs thanks to a 70-run knock from Reeza Hendricks. Aiden Markram also hit an unbeaten 51-run knock, while captain David Miller scored 22 runs off just 9 balls.

Tabraiz Shamsi then took five wickets with the ball as England were bowled out for 101 runs in 17 overs. Shamsi returned with a five-over spell of 5-24.

Earlier, the three-match One-Day International series between England and South Africa ended on a tie (1-1).

Both teams will now play three Tests beginning on August 17 at Lord’s in London.

Also Read: The Hundred will be a vehicle for developing new talent: Eoin Morgan