Michael Clarke says “If we win they hold their place; if we don’t, they’ll be under pressure” in T20 World Cup 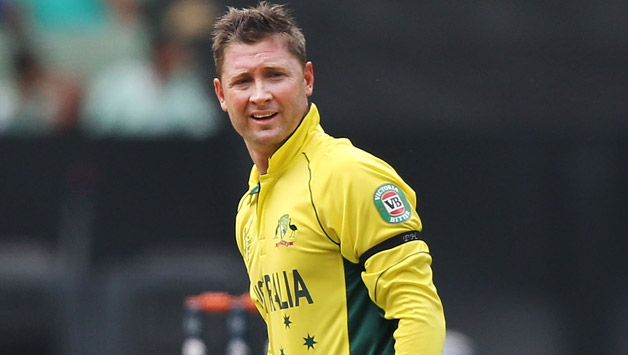 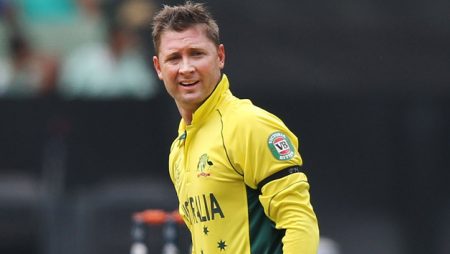 Michael Clarke says “If we win they hold their place; if we don’t, they’ll be under pressure” in T20 World Cup. Justin Langer, Aaron Finch, Tim Paine, and David Warner, according to Clarke. They’re operating on borrowed time. For the quartet to keep their places, Clarke believes Australia must win the T20 World Cup and the Ashes this year.

David Warner and Aaron Finch are under scrutiny. Due to their poor form in the ongoing competition. Clarke failed to perform in the warm-up games and could not get going in Australia’s competition. The Aussies need their explosive openers to fire to ensure. In their middle order does not come under pressure. Clarke believes the veterans desperately need things. Also, to go their way in the T20 World Cup and Ashes.

“In regards to Lang and the players, you look at Aaron Finch, David Warner in the T20s, if we win they hold their place; if we don’t they’ll be under pressure,” Clarke told.

“The Ashes are going to be the same, Tim Paine as captain, and a lot of these players, if we can win the series, Justin Langer as coach will keep his job. But if we don’t, that comes with the role. We’re so results-driven in everything we do that everyone respects that. I think Lang gets that as well,” Clarke added.

Langer’s spot has been under intense scrutiny. After Australia’s Test series loss against India and a forgettable run in T20 cricket. While the West Australian intends to continue. After his contract ends in mid-2022. Cricket Australia is yet to decide on Langer’s future. Clarke heaped praise on Langer’s coaching style. Also, claiming he has high expectations from himself. However, he noted that Langer’s intense nature might not be liked by everyone.

“Lastly, he’s copped it, JL. Lang’s a great man, I loved playing with him; he was batting coach and assistant coach when I was captain, and he did a great job. The one thing about Lang’s style is he’s tough,” Clarke said.

Visit also: Imad Wasim has a message for Pakistan fans after a victory against New Zealand: T20 World Cup 2021